10 locations of ‘La La Land’ to visit in real life 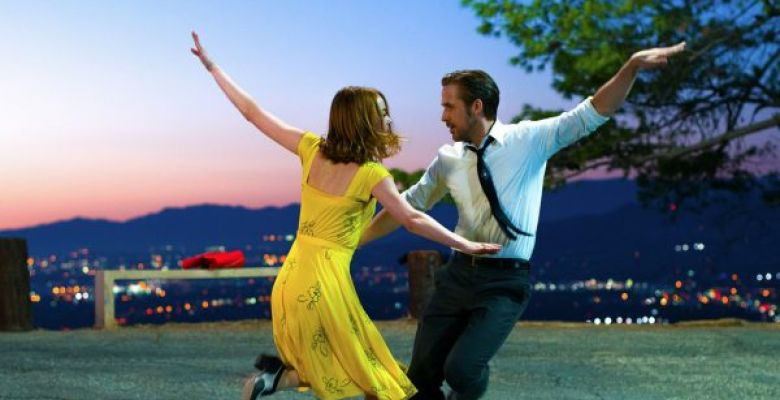 Are you another one of those who went to the cinema to watch “La La Land” and came out delighted? If your answer was it should not be because you have not yet seen the movie, which received 14 Oscar nominations …
Preferences apart, the truth is that the film is a great tribute to Los Angeles. In all senses. I suspect because since my first visit to the city I was delighted. The fact is that the city of Los Angeles is one of the protagonists of the film, alongside Mia and Sebastian. During the production, 48 real locations were used from north to south of the city.

We’ve selected ten of the top ones so you can visit the next time you go to Los Angeles. And who knows how to live your movie star day?

Used as a location to honor the 1955 film “Rebel Without Cause,” The Griffith Observatory hosts a meeting of Mia and Sebastian – in fact, the inner scenes of the place were made in the studio. One of the most important sights in Los Angeles, the Griffith was built in 1935 and, in addition to a cool planetarium, offers incredible views of the city (it’s close to the famous Hollywood sign). Admission and parking are free.

If you’ve ever seen the movie, you certainly remember the opening scene. The famous traffic in Los Angeles is the protagonist of the scene, which lasts about six minutes, and caused the intersection of two major highways in the city to be interdicted twice so that it could be shot. With the center of the city in the background, Mia and Sebastian see themselves for the first time in an incident at the scene. The images were taken between carpool lanes 105 (Century) and 110 (Harbor) freeways, south of Los Angeles, at the Judge Intersection Harry Pregerson.

The place where Sebastian takes Mia to listen to jazz for the first time and talks about his dream of having his house dedicated to the musical style exists. But the Lighthouse Cafe, located in Hermosa Beach, today is dedicated to salsa, country, and reggae. Right next to it is the Hermosa Beach Pier, where the protagonist makes a scene singing “City of Stars.”

To stay as close to her dream as possible, Mia works at a Cafe in the Warner Bros. studio. Although the coffee that appears in the film is a scenario, the outside of the place exists. After visiting several studios in Los Angeles, the production of “La La Land” chose Warner for its colors and for being the most “photogenic.” In one of the scenes of the film, Mia shows Sebastian a window used in the classic “Casablanca,” which in fact occurred in the place. Warner offers studio tours for $ 62 (adults) and $ 52 (children). At the entrance, they cost $ 3 more.

The scenario of one of the meetings between Mia and Sebastian, the Cinema Rialto, in South Pasadena, closed in 2007 and today only opens for special events. But you can still see the facade of the site, listed on the National Register of Historic Places. The Rialto was also the setting for Michael Jackson’s Thriller video. There are plans to reopen the place.

In the movie, the restaurant where Mia is charmed by Sebastian playing the piano is called Lipton’s. In real life he exists, is called SmokeHouse Restaurant and is frequented by actors, producers and the like, since it is in front of the studio of Warner, in Burbank. In “La La Land,” its facade is the mural “You Are the Star,” which sits on the corner of Hollywood Boulevard and Wilcox Avenue in Hollywood.

In one of the several meetings between the protagonists, the aspiring actress and aspiring musician walk arm in arm by a beautiful and curved bridge. It is called Colorado Street Bridge, it was built in 1913 and is in Pasadena. At the time of its completion, it became the highest concrete bridge in the world. In another tour of the couple, they climb a cable car, where they exchange passionate kisses. Closed since 2013, Angel’s Flight was released so that the production of the film used it in the recordings. There are plans to reopen the cable car, inaugurated in 1901, to the public.

I warned that we would have spoilers … remember at the end of the movie, when Mia inadvertently walks into a bar that is playing jazz and discovers that the place belongs to Sebastian? The place exists but does not play jazz and specializes in whiskey. It’s called The Blind Donkey, and it’s in Long Beach.

The scene is fast, but the place is so beautiful that it’s not hard to remember it. It’s at the Grand Central Market in Los Angeles that Sebastian and Mia have one of their first dates – they stop at Sarita’s Pupuseria to eat. One of the most sought after locations in town for those who are looking for a good, affordable food, Grand Central Market has been running since 1917. There are everything from Mexican and Chinese food to pizzerias and specialty cheese shops. It works from 8 is to 10 pm every day.

Whoever saw “La La Land” certainly remembers the scene above. After reuniting at a party in the Hollywood Hills, Mia and Sebastian go out in search of her car. In the middle of the road, they realize that the sun is setting over the city and the view is beautiful. The scene, in which the two dance and sing, was filmed at Cathy’s Corner, near the famous Mulholland Drive, on Mount Hollywood Drive. But do not expect to find the concrete bench and the light fixtures over there … these just on the big screen