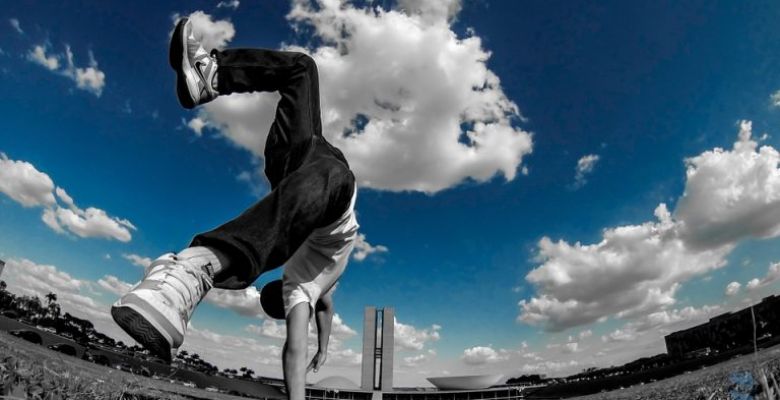 The United Kingdom has become the leading country to sanction parkour as a sport officially. The sport takes place mainly in an urban environment with participants running, climbing and jumping between houses, walls, roofs, stairs and any furniture or obstacle found in the cities. Sports Minister Tracey Crouch described the activity as a “fun, original and innovative” choice. “I aspire people to notice the sport and physical activity that entertains them. Parkour promotes movement, using the outdoors as a place to become active, encouraging others to practice,” said Crouch.

Created in France in the 1980s, parkour is a form of using your body’s strength to run, jump, and climb buildings or obstacles. Recognition aims to develop the sport, which can now be practiced by children in schools.

All movements are performed in a very dynamic and aesthetic, without competitiveness involved. The term parkour was coined in 1998, deriving from the French word parcours which mean “route” or “course.”

The recognition of parkour as a sport can open a window to new funding and growth in activity in the UK.

Although it has developed mainly in France, the United Kingdom was the first nation to welcome the practice, according to Sebastien Foucan, one of its authors.

“Parkour was not a very well-known activity,” he replied. “It is more popular now, but concerning institutions, there was no credit. But now, finally, we are making a markable moment. And the UK is the lead, “he told The Guardian.

He is best known for his performance as Mollaka in the initial scene of Casino Royale, the James Bond movie, in which Daniel Craig hunts him through a construction site.

Although parkour was shown in the media, it had not yet been explained. In some parts of the world people still erroneously referred to discipline as “Yamakasi”! The misunderstanding was frequent. But a wave of excitement had developed, a desire to see more of the dynamics and pleasures that parkour has begun. And small groups began to practice parkour from what little they had seen of him.

However, it was only in 2003 that an accurate view of the essence of the art was released to the public when British channel Channel 4 produced an innovative and award-winning documentary entitled Jump London with Foucan and the Vigroux brothers showing their skills on top of an Unsuspecting London. That was the critical point. As Johann Vigroux, Stephane Vigroux, Jerome Ben-Aoues, and Seb Foucan transmitted, beyond the beauty of practice, all the philosophical aspects of Parkour, they provided the general public with a basis for what this new and growing discipline was.

The answer was surprising. Groups of practitioners, also known as “clans” or “crews,” have sprung up everywhere. And the term “free-running” has infiltrated people’s vocabulary. Due in large part to the fact that it was the “headquarters” of the documentary Jump London, the capital of England quickly became a focus of activity and the Freerunning community.

With the skills of early UK practitioners developing, another landmark has been achieved. The British teamed up with Foucan and Jerome Ben-Aoues to star in the sequel to the first documentary, now called Jump Britain. It aired in January 2005 and was the fuse for parkour to be recognized as a sport/art. Through the documentaries ‘Jump’ parkour had jumped onto the world stage.