Home Sci-Tech Discover myths and truths about your router

Discover myths and truths about your router 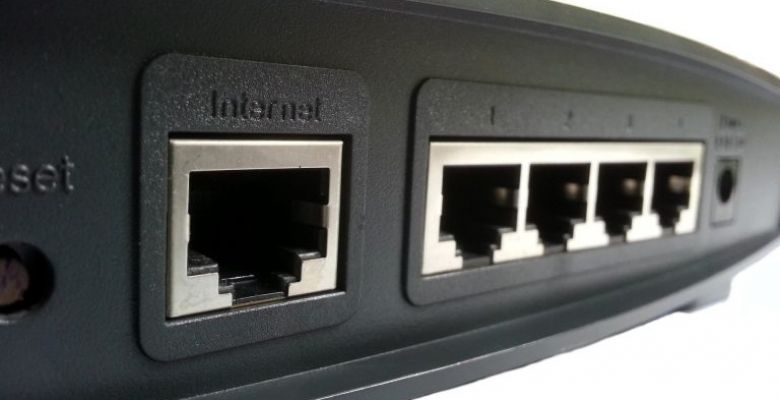 Even though we are using devices that we use daily, it is very common for routers to be surrounded by myths about how they work, which end up being taken as truth by many. Thinking of ending this mystery a bit around these devices, we decided to list some myths and facts about routers.

From the use of aluminium cans to increase the range of your wireless signal to restart the device to improve the internet, it is time to know what is true and what is a legend about routers.

1. “No need to update the router if it is working properly.”

By default, the idea of ​​not upgrading a working device looks good, but at the same time, you also prevent the router from receiving new security measures and new functions. Keeping this in mind, upgrading your router should be as commonplace as upgrading your smartphone or computer.

Wireless routers bring the possibility of networking 2.4 Ghz and 5.0 Ghz. The 5.0Ghz network is supposed to bring a better, far-reaching connection looking logically, but that’s not the way it is.
5.0 GHz connections are indicated for cases where several devices are connected in the same network, slightly unpacking the connection. The connections with 2.4 Ghz can reach a greater distance, being able to cross walls better.

3. “Switching from one year to the next, the newer one improves the signal.”

That is a myth that has a certain truth, but that depends a lot on the situation. The idea of ​​buying a new router to have a better connection is usually a fallacy to sell new handsets, since with some updates (see the first myth), older routers can receive functions that improve incoming connections.

However, it is worth mentioning that if the router is very old and in fact can not receive updates that make it able to connect with the new types of a network made available by operators, and it may be time to choose a new one for your home or office.

There is a myth that letting the router down helps when it’s time to receive a stronger signal. That does not make sense since it needs “clean” space to expand its signal.
The truth is you need to put your router in a high place and without too many objects around. This way, your signal can pass without great interference to your device.

5. “The more antennas on the router, the greater the range of the signal.”

There are routers with several antennas and, erroneously, many people believe that the number of antennas will increase the distance that the signal will reach. When that does not happen, everyone gets frustrated.

The truth is that some antennas improve the quality of the signal as it is divided between them. In this way, more antennas bring more stability and speed to the user, while the distance of this signal remains the same if the router had only one antenna.

6. “There is no need for a router with dual or triband.”

Many people believe that functions such as dual or triband on a router do not serve much besides complicating the configuration of their network. But this kind of possibility helps a lot in balancing the speed and stability of your connection.
With the division of the wireless network, for example, for devices such as smartphones and another for computers, the user can have the internet with a higher quality.

Looking for the internet, you will find several methods to improve the signal quality of your internet. One of the best known is the aluminum can. It’s a trick that had everything going wrong, but it works to some degree.
Although not indicated by several companies that manufacture routers, it is possible to extend the range of your signal, which rebounds in the can and goes to other areas. It is worth mentioning that, if done incorrectly, such methods will have the opposite effect, damaging its connection.

8. “Microwave and hair dryers can disrupt the network signal.”

A lot of people have heard that household appliances such as microwaves and even the hair dryer can interfere with the Wi-Fi signal, and this “legend” is true. In the case of the microwave, this happens because it operates at the same frequency as the router. The waves that the equipment emits when heating the food can end up leaking, even if it is not enough, and worsen the Wi-Fi signal.

With the dryer the reason is different, but it is also true. This case is the same as several other appliances connected to the same electrical network. They generate noise in the socket, which resembles “drizzle” on old TVs when someone connected a mixer, for example. The way to contain this problem is by properly dimensionless and installing the electrical circuits in the environment.

9. “Restarting the router helps in the return of the internet.”

You had problems with your internet, nothing connected, contacted the support of your operator and heard from the attendant the old request to restart the modem. In your head, that is something so insignificant that it would not solve your problem, but the truth is that, in fact, it can solve.
As you access the internet, depending on the way the connection is made, your modem’s and router’s ports end up with data “stuck” in it, preventing a stable connection. By restarting your modem, these ports are released, allowing data to pass normally.

10. “Having more than one router disrupts the wireless signal.”

Having more than one router next to your modem may, contrary to many believe, disrupt your Wi-Fi signal. That usually happens in buildings with many close connections and with similar devices, which emit signals in identical channels.
It is interesting to configure your router in another signal if you feel that your connection is not delivering a satisfactory browsing experience to minimise this problem.