Home Entertainments Adele will perform at the 2017 Grammy Awards

Adele will perform at the 2017 Grammy Awards 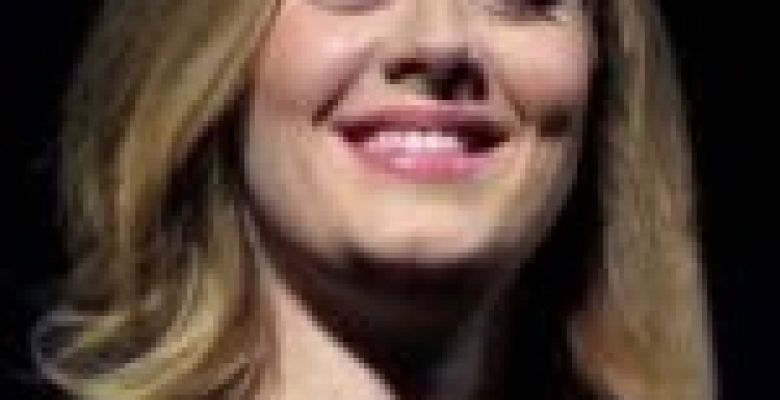 At the ceremony last year, Adele was hampered by technical problems while singing All I Ask on stage. “The piano microphone fell between the strings, so it was heard as if it were a guitar. So it sounded out of tune, “explained the artist by Twitter. In an interview with Ellen DeGeneres, she said she was very upset about what had happened and spent the next day crying.

Adele has returned to be unbeatable and will finish 2016 as the artist who sold the most records in the world, thanks to her latest work, 25 – released in November 2015 – with almost two million copies ahead of Beyoncé’s Lemonade. According to a list published on Wednesday by United World Charts, the British company sold 4.6 million units in 2016, becoming the best-selling champion for the second consecutive year (in 2015 it was also number 1 with 25, with almost 15 million).

Since it was released four weeks ago, Adele’s new album, 25, has been breaking a string of records. On Monday, Billboard revealed that the album surpassed 1989, by Taylor Swift, and is already the best seller in the country since 2011, when the singer’s last work, 21, was released.

Taking into account the consumption of music from various sources – such as album and song sales and popularity in streaming services – sales of Adele’s new work reached 5.98 million, against Taylor Swift’s 5.57 million, Released in 2014. Meanwhile, 21 has already reached 11.27 million since 2011 and is at the top of Billboard’s list of the 200 greatest albums of all time.

The popularity of the British is high in the United States. Tickets for the singer’s 56 tour shows in North America in 2016 sold out in just a few minutes last week. According to Billboard, 10 million people tried to buy tickets at Ticketmaster’s website, which made 750,000 invitations available. Only for the six shows that will be held in New York, there were 4 million attempts to buy.

The hello single clip was released on October 22, 2016, and within 24 hours of its release, 23.2 million people watched it, a new YouTube record for this period. Earlier, the holder of this brand was Taylor Swift with Bad Blood, who was seen 20.1 on his first day online.