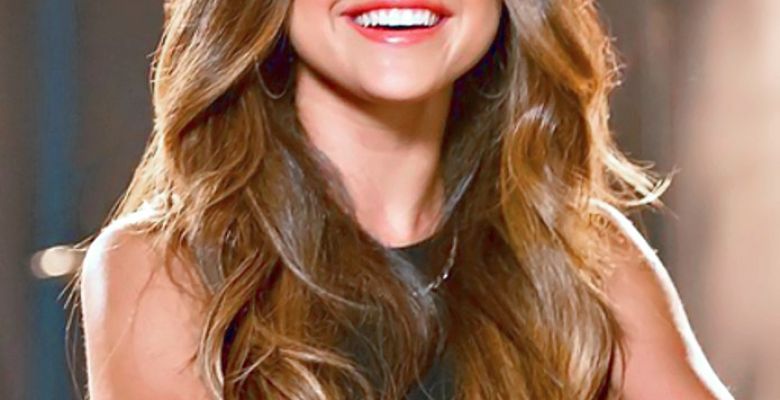 Since the stylist Christian Classen posted a photo of one of his most famous clients, Selena Gomez, followers began to question the use of photoshop in the image.

But a distortion on the left side of the photo was noticed on the web and it was not forgiven. Selena’s fans commented on the subject almost instantly.

It is worth mentioning that, in the legend of the publication, the person responsible for promoting the photo implied that the artist is working on a secret project.

Selena has spent the last few months away from professional activities, to treat anxiety and depression, side effects of lupus, a disease she has since 2013.

Selena Gomes Becomes Most Famous Celebrity on Instagram
Selena Gomez surpassed Taylor Swift as the celebrity most followed on Instagram, as the two pop artists once again dominated the social network in 2016.

In the Instagram’s annual ranking released on Thursday, Selena became the celebrity with the highest number of followers, with 103 million users, while Taylor was behind with 93.9 million.

The singers Ariana Grande and Beyoncé came in third and fourth with 89.6 million and 88.9 million, respectively, while Kim Kardashian took fifth place with 88.2 million followers. The five women were the most followed on Instagram last year, but in a different order, with Kim Kardashian coming down from second to fifth.

Facebook’s Instagram is focused on sharing photos and videos and this year has had more than 500 million users worldwide.

Instagram’s annual statistics are separated into several categories, such as the day with the highest number of photos in 2016, which was on Halloween, and the most used emoji in publications, which was the one at heart.

By August she had decided to walk away for a while from her social networks and pause in her career to take care of her health. Selena has lupus, an uncured inflammatory disease that mainly affects joints, skin and blood cells – having depression as one of the side effects. Justin Bieber’s ex has had even been hospitalized in a rehab clinic after canceling her show schedule.

Her official return to the media occurred on November 20, when she made an appearance at the 44th edition of the American Music Awards in Los Angeles, United States. At the time, the brunette made an inspiring speech.

In her latest post, the artist who has the most followers in the world – totaling 103 million – thanked the support.

“I have a lot to thank for this year … My year has been the most challenging and also the most rewarding.” I finally fought the ‘not enough’ fight I just wanted to reflect the love you have given me for Years and to show how important it is to take care of oneself. “By grace through faith, kindness always wins, I love you, God bless you,” he wrote in the caption.