The fascinating beauty of Barcelona 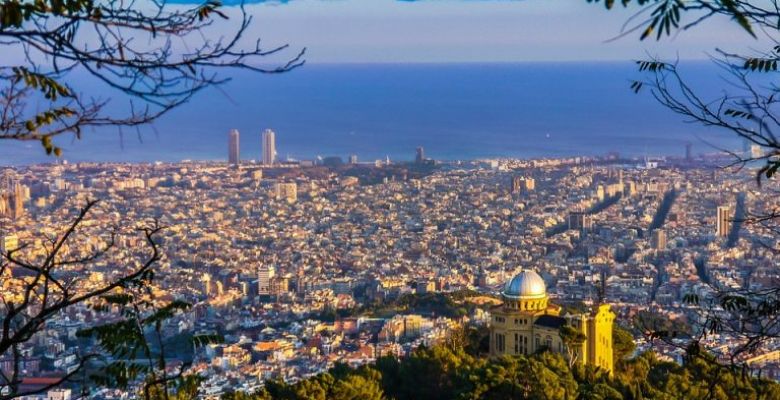 In the land of Gaudí, the charm is not only concentrated in its grandiose sights, such as the Sagrada Familia or Parc Guell. It’s in them. It’s in every corner that doubles, in the late afternoon sitting under the tree of the Parc de la Ciutadella, or in the exciting nightlife that always takes the time to get started.

Barcelona is on the whole, and it is necessary to experience it to feel its energy. But be careful. Enjoy it sparingly, or you risk never wanting to get out of there. With architectural beauties scattered on all sides, the city asks to be known on foot, without haste. The starting point for getting to know Barcelona is Plaça da Catalunya. From there, it is possible to walk or take public transport to the main destinations, such as Las Ramblas and the Gothic quarter. To the south of there is the port, from where it is possible to take a cable car to the top of Montjuïc, or walking a little further to Barceloneta Beach.

The second largest city in Spain, behind only Madrid, and largest metropolis of the whole Mediterranean coast, Barcelona brings in history the years in which it suffered on the orders of the dictator Francisco Franco, until 1975. Since then, the city lives a renovation, having Its peak in 1992, with the holding of the Olympic Games. It was the impulse that the town needed, undergoing a real urban transformation, counting on architects from all over the world.

Gastronomy is one of the neighborhood finds in Barcelona
The neighborhood of Poble Sec, situated between Barcelona’s (Parallel) and Montjuic, the hill on which the Olympic Stadium was built, is a labyrinth of streets and squares that many tourists tend to ignore. Life here seems to be slower than in nearby neighborhoods, but owners of new homes such as the Bread & Circuses, which opened this month, are betting on gastronomic options to appeal to the more adventurous.

Calle Blai, the boardwalk full of bars and restaurants, comes alive at night when visitors and locals go from bar to “tapas” bar, that is, tasting tapas that cost a fraction of the prices charged elsewhere. One of the oldest bars is Quimet & Quimet, close to Koska (meaning “bite” in Basque) where the food is unpretentious like the rest of the neighborhood.

Koska
The owners – a Basque and an Argentine – have worked in some of the unique restaurants in the country, but have preferred to create a house with a simple environment.

Xemei
Located at the foot of Montjuic, next to the Lliure and Mercat de les Flors theaters, this open restaurant specializes in Venetian cuisine.

Koetania
Looking for a jewel to celebrate the wedding anniversary or another special occasion? The owners of Koetania, Daniel Bellido and Marta Blanco, or one of the 17 team designers, can create something unique.

El Molino, the theater that has been part of Barcelona’s cultural scene for more than a century, reopened two years ago, having closed since 1997. It currently hosts the Burlesque Fever cabaret show.

Plaza de las Navas
Palmeiras and a playground are part of the square, which was renovated and reopened in June – and what was a desolate space between the buildings became a meeting point for the residents.