Home Lifestyle Is it true that Sweden only works 6 hours a day and yet it produces more?

Is it true that Sweden only works 6 hours a day and yet it produces more? 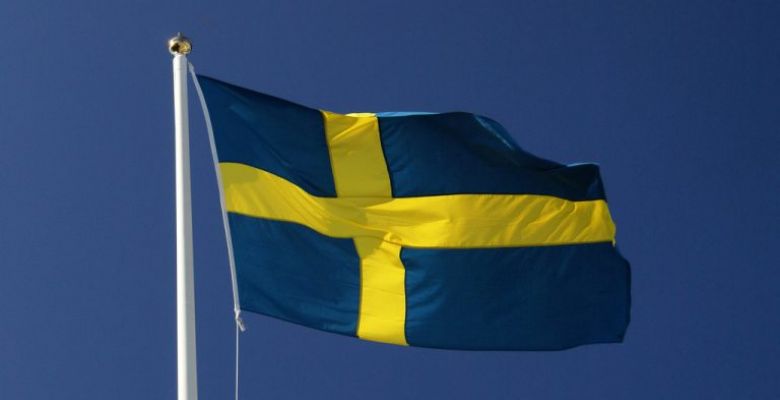 “Sweden will officially introduce the six-hour working day.” That is what a video recently seen by the BBC correspondent in Stockholm, Keith Moore, said.

The material has already been viewed 40 million times on Facebook and further explains that the workers in the country will continue to receive the same salary since the experts found that people produce in six hours the same as they would produce in eight.

The news spread in several countries and, as Moore lives in Sweden, he was enthusiastic. But he was also surprised by the fact that he was not warned of the downsizing of his workday.

“I’m living in Sweden !!” commented Sandra Andersson on Facebook. “But wait … I already live in Sweden. There is no six-hour workday at my job, but nine and ten o’clock most of the time. But they give me free coffee, so I do not sleep after work Six hours, “he added.

“It’s either a joke or my boss is a comedian because I’m Swedish and I’m not working or working six hours a day,” Eric Bergman said.

That is: the truth is that the thing is not quite like this in real life.

The BBC correspondent interviewed Kerstin Ahlberg of the Stockholm University’s Labor Law Department for the BBC’s “More or Less” program.

“There are experiences, but there is not a general trend for the six-hour workday,” she explained.

“What the law says in Sweden is that working time should not exceed 40 hours per week unless overtime is required and in this case the limit is 48 hours per week,” he added.

One of the experiences cited by Ahlberg is happening in a nursing home in the city of Gothenburg, where employers are looking at whether there is an improvement in care for the residents and the working conditions for employees.

The administrators reduced the hours of 80 assistant nurses – since February they work six hours a day receiving the same salary.

The control group, for comparison, is formed by nurses from another nursing home for the elderly who take the normal shifts.

Preliminary results from experience show that there seems to be a difference for nurses working fewer hours.

Those who worked fewer hours spent more time with the elderly, taking them for walks, playing with them, reading to them more often than the nurses from the other home.

These data are real, but not very accurate. For a clearer comparison, there is the average number of absences due to health problems: 15 days among those who work less, and 31 days among those with eight hours of work a day.

Judging from this experience, the decrease in the workday was good for both nurses and the elderly.

The result is that everybody is satisfied and better cared for six hours. But what happens next? Nurses can not just walk away and leave the elderly alone.

The answer is to hire more nurses. And this results in more expense either for the owner, in the case of a private business, or for the government, if it is a public service.

The increase in spending was the reason the experiment was almost over. Another similar initiative in Kiruna, in the north of the country, was canceled after 17 years.

But despite the drop-offs, some companies already implement the six-hour journey, as was the case with some in the technology sector and even a Toyota service center in Gothenburg where it started 13 years ago.

Noting that the customers were dissatisfied with the long waits and that the mechanics were stressed and making mistakes, the director-general at the time, Martin Bank, changed the shift from 7 am to 4 pm for two days – from 6 am to 12 am and from 12 am to noon. 18h -, with the same salary and less rest time.

But there is one crucial detail: and the places that need people working 24 hours a day?

Everyone was happy, profits increased by 25% and the change was implemented permanently.

And the idea of ​​the shortest journey is not new.

“There have been some investigations in the 19th century with a different number of hours of work, and then the effects have been examined,” said John Pencavel, professor emeritus of economics at Stanford University in the United States.

“There was a famous example in the 1890s when the owner of an iron foundry in Manchester and the local union made an agreement to reduce working hours from 54 hours per week to 48 hours. The effect on production was little and, After trying for a year, the two sides agreed that the change should be permanent. ”

This success convinced the government of that time to reduce the hours of another factory, this time in London. And in Germany, they did the same in one of the high optical industries of the country.

But many bosses continued the longer journey, fearing a drop in production.

The result was that by the end of the 19th century, many workers were still completing the 54-hour workweek.

The great change came with World War I, with surveys done at ammunition factories.

“The majority of the workers were women, and some had to fill the bombs with explosives,” said Pencavel. “The explosive affected the workers’ liver, which had yellow hands and hair.

“Since the beginning of the war, the work week had been extended to 70, 80 and 90 hours a week, and there were some who wondered if that was convenient.”

The British government was so concerned that it formed a commission of doctors and academics to investigate. Part of the study focused on working hours and the level of production and, unlike the 19th-century study, such research was done with the necessary scientific rigor.

The principal investigator was Horace Vernon, an Oxford University scholar who had worked in an ammunition plant.

“He found that production was not greater during the longest weeks, so he concluded that reducing the hours had little or no adverse effect on production,” he said.

After World War II, the tendency was to reduce working hours. Thus, the research on the relationship between the size of journeys and production has been forgotten.

More recently, studies have neglected the quantity produced and have focused more on the relationship between working hours and health.
“Working for many hours has already been associated with cognitive decline and cardiovascular disease,” recalls Pencavel.

However, these studies have focused on people who work about 50 hours a week.

With that, the question also becomes: reducing the working week to 30 hours would not be too much?

“I would be surprised to find some organization that does not benefit from the six-hour workday, but I imagine that for some it would not be appropriate.” Each one should try what’s best for her, “said the economist.