Home Sci-Tech Is Smart House Worth It? See pros and cons of the Internet of Things

Is Smart House Worth It? See pros and cons of the Internet of Things 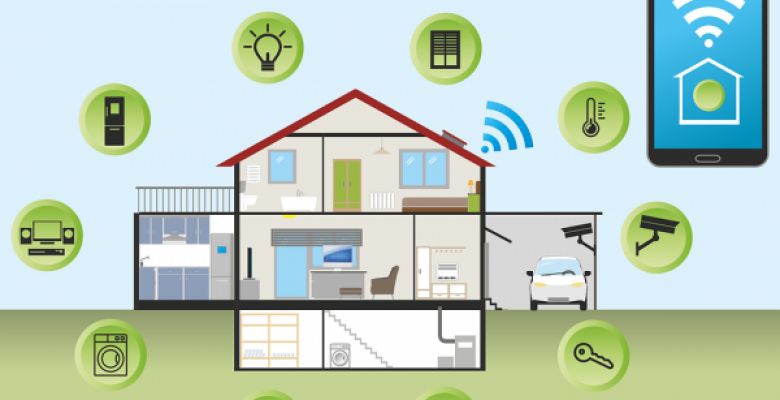 The Internet of Things is already a reality in devices from well-known manufacturers, such as LG. Technology connects the digital world to the real world and lets you connect everyday items to Wi-Fi to save time and control daily tasks. However, gadgets made to make a smart home have factors to consider and can lead to loss of privacy, for example.
LG launches smart refrigerator with Windows 10 and screen that becomes transparent
Before investing in a smart pot or a mirror that recognizes your schedule, check out four pros and four cons on the Internet-based devices of Things. The eight-plus and minus points can help you decide if it’s worth starting to build your connected home.

Pros
1) Manage tasks
One of the main differentials of the Internet-based gadgets of Things is the possibility of connecting standard appliances like refrigerators, lamps, and pans to the Wi-Fi to facilitate the administration of daily obligations. The smart mirror, for example, shows calendar reminders and social networking notifications when enabled.
2) Everyone has access to the data
In an original home, the connection can be general, that is, with all the smartphones and tablets of each resident accompanying the operation of the devices in the same way. Thus, settings allow you to notify everyone about a change in the configuration of a bright lamp without detailing messages.

3) Comfort
With the Internet of Things, the user’s routine can be more comfortable and convenient. Some devices allow, for example, to lock doors via Wi-Fi, turn off the lights, set the heating of a pot and even check how many calories were consumed in the day with simple voice commands or touches on the smartphone.
4) Provides for needs
Another positive point of the Internet of Things that makes building a smart home worthwhile is the teaching of daily commands to intelligent systems. Assistants can, for example, learn customs, such as asking each morning what the weather forecast is and what the main news of the day.

Throughout use, the gadget will automatically inform the information. Also, if the technology is applied to a refrigerator it is also possible to know what products are missing in your home when you go to the market without having to check one by one.

Cons
1) Price Range
The concept of the Internet of Things is slowly arriving in many countries, so setting up a smart home with the right gadgets can mean an expensive investment. Basic kits of gadgets usually cost about $ 1,000 depending on the size of the residence that will be equipped.

2) Language
For those who do not speak other languages, especially English, the negative point can get in the way. Also, many devices work with voice command and need the user to tell the language.

3) Vulnerability
The gadgets designed with Internet technology of Things, as the name itself says, work via the Internet and, just like in phones and tablets, they are also susceptible to hacking attacks. At this point, it is worth mentioning that a connected residence usually has controlled locks and lighting, which can make the threat even more dangerous due to the control of data of the house and the loss of privacy.

Without the Internet, there is no Internet of Things. If the resident of a smart home has problems with the Wi-Fi or the cone is out of thin air, the objects start working only for the basic purpose, such as a traditional pan or a simple remote control. But as this is probably not the idea of ​​who makes the investment, the locations of the facility and the instability of the Internet in the region should be taken into account.