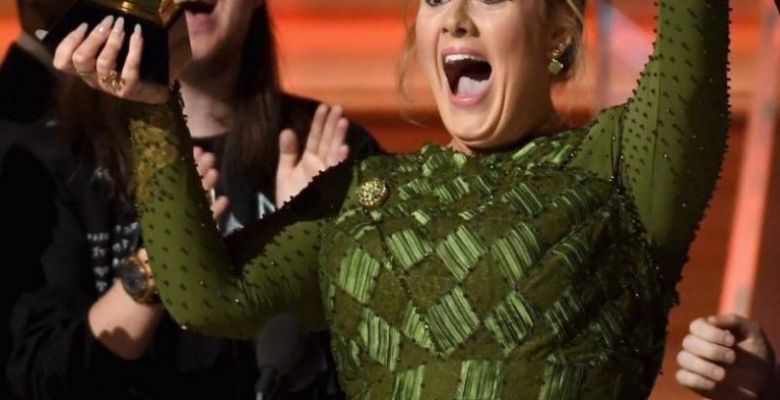 The Grammy edition featured a trophy divided in half, honors and outstanding shows. Check out what has gone best:

Two and a half trophies

Since the announcement of nominees, Beyoncé and Adele were the protagonists of this Grammy. The American had even a certain favoritism, leading the nominations, with the name listed in nine categories. But the best was the British: Adele won the five trophies for which it was indicated.
Beyoncé, with two statuettes – best contemporary urban album and best clip – never failed to shine in the awards, with a well-crafted performance by Love Drought and Sandcastles. With cool costume and holographic projections, Beyonce appeared with her hands on her belly, pregnant with twins.
Adele even broke her award for best album of the year and offered half of it to her colleague:
“I could not accept this award.” Lemonade is so incredible, Beyoncé said the British.

After five decades of career, David Bowie posthumously won the first Grammys for his music. The Briton, killed last year, had only received the award once, but in the music video category, for Jazzin for Blue Jean in 1985. The singer’s latest album won five trophies on Sunday. Blackstar was the winner in the categories of best alternative album, best recording package, best non-classic album production, best rock music and best rock performance – the last two for the title track. In 2016, the award also honored Bowie, with a tribute from singer Lady Gaga.

One of the most anticipated – and unusual – moments of the night, the encounter between Metallica and Lady Gaga, was almost ruined by production problem. James Hetfield’s microphone started off, and a group of dancers seemed not to know what to do on the scene. The setbacks were understated by the energy of the musicians, excited by the performance of Moth Into Flame, Metallica’s track on the album Hardwired … to Self-Destruct (2016). Gaga held no euphoria and gave a mosh, jumping over the audience. The jump did not seem rehearsed, but it was one of the few things that worked well in the presentation.

Three honors marked the awards. Bee Gees received a tribute from musicians Demi Lovato, Little Big Town, Andra Day and Tori Kelly. The highlight was Demi’s interpretation of the hit Stayin ‘Alive.
Who put everyone to dance, was Bruno Mars, in a tribute to the musician Prince, who died last year. With Morris Day and The Time, Mars played Let’s Go Crazy, making people in the audience, including Beyoncé and Jay-Z, take a few steps.
Another moment was the interpretation of Fast Love by Adele, as a tribute to George Michael, who died in December. The British interrupted the song after singing a few verses out of tune, asking the musicians to start the song again.

In rap, who stole the scene was young Chance the Rapper. At age 23, he outperformed folks like Drake and Kanye West, winning the trophy for best rap album and best rap performance. Chance was also chosen as the revelation of the year – the last time a black hip-hop artist won the category was in 1999 with Lauryn Hill.