Home Sci-Tech Do you remember how were the computers in the 90’s? Find it out

Do you remember how were the computers in the 90’s? Find it out 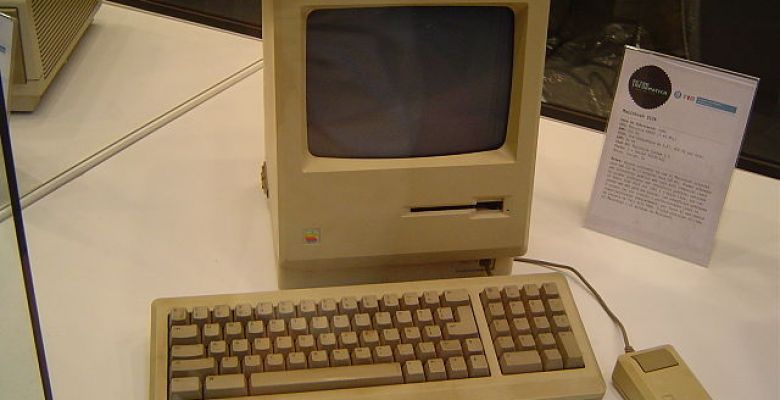 The decade of the 1990s was decisive for the consolidation and popularization of computers as items of domestic consumption, accessible to ordinary people as instruments of work and leisure.
Nostalgia: tech toys from the 80s and 90s that are back
But things were very different 25 years ago: the PCs were simpler, they had less processing capacity and the way we used them was different: the Internet was not so common, there were no USB flash drives, and everything would stop on floppy disks and Monitors were a large and low resolution.

In the 1990s LCD and LED screens were ideas far removed from the reality of consumers. The computers of the decade used monitors with cathode-ray tubes, the famous CRT, which used technology over 50 years old, similar to televisions of the same period. The resolution, because of the limitations of the CRT, was far from spectacular: a good monitor at the end of the decade would have 800 x 600 pixels. For comparison, current monitors can have 4K (3840 x 2160 pixels).
Other limitations of the old CRTs were also in the ability to display color, contrast levels, brightness and even energy consumption.

Today even the simplest mice use optical sensors that emit a beam of light and use the reading of the motion of that light on a surface to map the movement of a cursor on the screen. The technology is cheap and efficient: without moving parts, mice can have a virtually indefinite lifespan.

But in the 1990s, mice used to be accompanied by a ball. It was her movement, read by two optical sensors on two axes that translated the position of the cursor on the screen. This solution had some problems: eventually, the ball collected dust and dirt, which eventually jammed the sensors, causing regular cleaning of the whole. Also, the plastic subject to the constant stress of movement could suffer wear and tear after a while.

Tower, desktop, floppy disk drives
Floppy disks are a curious memory. In general, they kept only 1.44 MB of information, something insufficient for a single MP3 file, and they were spectacularly fragile: a light beat could make them useless since the media that kept the modest 1.44 MB of data Was magnetic, subject to interference of all kinds.

In the 1990s, cabinets were not as varied as they are today. There were tower computers and desktops, associated with those used horizontally, usually below the monitor. In the older ones, built to work with 486 processors, there were LCD displays that informed the processor speed of modest 66 MHz, in addition to the mythical Turbo button.
Nobody had a notebook

Just like cellphones in the 1990s, notebooks were expensive, large, heavy, and awkward to the point of being used only by those who needed a remote computer.

Far from today’s slim and easy-to-use computers, they had some limitations: low battery life and low-quality, resolution monitors.

What were the powerful computers for the time?

Ten years is a long time regarding hardware, so the powerful PCs of 1990 were well below those of 1999. However, it is possible to recall the decade from a series of components and breakthroughs that marked the period.

In 1993, for example, the first Pentium appeared. In 1995, Intel would launch the Pentium MMX, a breakthrough equivalent to multi-core processors that would be introduced by AMD in 2004. Another important leap forward was the emergence of the first accelerator video cards at the end of the decade with 3Dfx Voodoos Marking the period.

Other hardware elements of the period are curious: a good amount of RAM for a PC of 1998 was in the house of modest 64 MB.

Today, even entry notebooks are sold with 4GB. Even the type of jump can be seen on hard drives: today it is possible to find 2 TB drives with ease whereas, for the time, a 512 MB HD was a consumer dream for many people.

The 1990s were a major domain of Microsoft. Especially in Brazil, other systems and solutions did not have much space: Linux was still crawling all over the world, Apple was going through years of high financial and technical difficulty, and Google did not yet exist (it would start operations in 1999).

Because of this, two releases of Microsoft were striking for the period: Windows 95, which for many people would be the gateway to the world of computing and introduced some elements used by Microsoft, such as the famous Start button.

Today, you can even run the entire Windows 95 from within your browser, without having to install anything or rescue a 25-year-old PC. Another important operating system was Windows 98, much criticized by the instability, but that would be a direct successor of the 95 with a series of innovations that looked for to make the system something like surfing the Internet.