Home Sci-Tech Is it worth buying a Switch at launch? Check pros and cons

Is it worth buying a Switch at launch? Check pros and cons 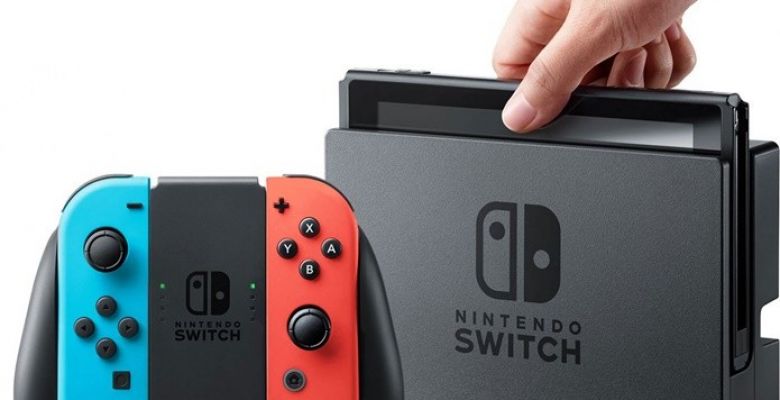 The Nintendo Switch has arrived and promises to put the Japanese company back on the same level as Sony and Microsoft. With the new console, Nintendo wants to break the barriers between desktop and laptop video games, delivering a game that can happen both in the palm of the player’s hand and on the television screen. Nintendo Switch has also been making headlines for many players here, mainly due to its leading debut title: The Legend of Zelda: Breath of the Wild. However, buying the console in our country near the launch can be an expensive experience. Check out if it’s worth buying a Switch soon on its release.

Pros
The best version of the new Zelda

The Legend of Zelda: Breath of the Wild is one of the biggest and most ambitious games ever created by Nintendo. Taking one of its leading franchises into an open world, the company presents a playful and full of possibilities story with an expansive and gigantic setting.

The game will also be released for Wii U, the current console of the company, but it is in the Switch that will be the main version of it – and also, which Nintendo most wants the players to try. The new Zelda is the title that will demonstrate, from the outset, the capabilities of the console.

But it’s not just Zelda that the Switch will live. Although it has been criticized by the list of releases with few games of reputation, Nintendo arrives at the new generation with many promises and great potential. It goes without saying that the buyers of the console in the launch will be without having what to play once they finish Breath of the Wild.

They are part of the debut line-up of Switch titles such as Super Bomberman R, which promises to renew the franchise bringing back the classic gameplay, and I Am Setsuna. Super Mario Odyssey, Splatoon 2, a new version of Mario Kart 8, the remastering of Skyrim and a new No More Heroes, the fruit of the follies of Suda51.

Not to mention the games that have not yet been announced, but which may well reach the Switch during its life cycle. In addition to new episodes of Zelda and Mario, we are talking about names like Pokémon, Donkey Kong, Star Fox, Kirby and especially Metroid, a great expectation of fans that has not appeared since the days of the Wii.
The union between old and new

What would Nintendo do without the classics? Breaking the tradition of its latest generations of platforms, the company launches the Switch without any physical backward compatibility. However, this will happen through Virtual Console, the company’s online gaming marketplace, which brings a share of the old games portfolio released to all previous platforms.
This means that in the intervals of Breath of the Wild, you can reminisce the past of the franchise by playing the first Zelda, or opt for something completely different, like Konami’s Contra. All through the download and direct can be played both on the screen of the Switch and TV.

Also, Nintendo promises to deliver classic games for free – some, including multiplayer – to anyone who subscribes to its online service, which lets you play online, in the mold of what Sony and Microsoft do with their consoles. None of this, however, will be available at launch, and Virtual Console, as well as the connected architecture, will be released in the coming months.
Play online for free

The delay in launching Switch online systems, however, will mean that early adopters will be able to play the multiplayer modes of the games for free. According to Nintendo, this is a testing phase, which should last until the arrival of services, bringing more functions to the console.

Take the fun to anywhere

In addition to the new Zelda, the great innovation of the Nintendo Switch is the possibility to take the games with us, sharing the experiences home and mobile. Of course, this was already possible on devices like the PS4 attached to Vita, or using a PC connected to the NVIDIA Shield. This is the first time that the conversion between portable and desktop console exists on a single system. Are you playing Bomberman and need to leave the house? Simply remove the Switch from your dock and continue enjoying the experience on the way.

Did you get to that interesting part of Zelda and want to watch the cutscenes on a bigger screen? Connect the console and watch everything on the television. According to Nintendo, the change of format happens quickly, with visual changes and performance, but no loss of status or need to restart.

The few games available at the launch of the Nintendo Switch take the player to have little to play besides Breath of the Wild. There are few major titles left, with most of them already available (some years ago) on other platforms.

That is the case, for example, from Skylanders: Imagination, Just Dance 2017 or I Am Setsuna. Of exclusive, only the collection of minigames 1-2 Switch, which abuses of the controls of movement. Independent games such as World of Goo and Shovel Knight can also be tried on other platforms. Who is not a fan of RPG or the Zelda franchise, for example, may have good reason to wait. Delaying switch purchase after launch, as well as ensuring that more interesting titles are available for the platform, might be a good idea to take advantage of the lower price.