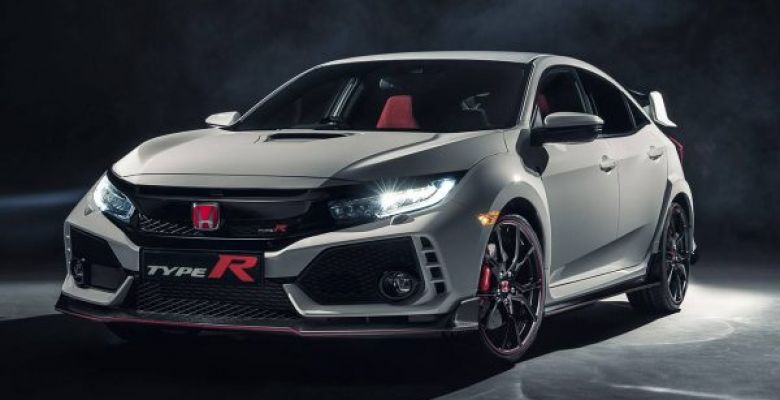 Honda has just officially presented the new Civic Type R production at the Geneva Motor Show. Heir to the most sporting line of the brand, he arrives in the European market in the five-door hatchback format, keeping all the aerodynamic and visual paraphernalia of those who do not care.
More than the style, however, what will shiver fans of the brand are the technical data. The fifth generation of the Type R features the same turbocharged 2.0-liter four-cylinder engine (VTEC, light) of the previous model, but now with no less than 320 horsepower and 40.7 mkgf of torque.
The transmission is exclusively six-speed manual, with a system that automatically synchronizes the engine speed at the optimum level to make the gears faster and smoother. The front axle also has a limited slip differential, to improve traction control and avoid torque training (a common phenomenon in cars that dump too much force on the front wheel drive).

Structurally, a lot was done to make the new Type R a machine of track days. The monobloc now offers 45% more rigidity compared to the previous one, thanks in part to the use of high-strength steels and structural adhesives, improving curving behavior and reducing vibrations. On the other hand, the weight was reduced by 16 kg.

Keeping the McPherson arrangement in the front and multilink in the rear, the suspension has gained new shock absorbers, springs, and bushings – in the case of the shock absorbers, and these are units with three chambers, stroke sensors and G-force sensors capable of modifying their shape Adaptive

There are three modes of steering at the driver’s choice: Comfort, Sport and + R. They alter steering responses with electric assist, throttle, rev-matching system, stability control, and adaptive damper system.

On the outside, the aerodynamic package looks extravagant, but it all has its function, with new vents for cooling and directing air in the bumper and wide sides, vortex generators in the ceiling, a huge rear wing to increase downforce and a whole Work on the floor of the car to improve the air passage.

Inside, the new Type R does not disappoint: shell-type seats with generous side support, a red overdose on the trim and panel brightness – and if the engine snoring is not enough, there’s a 12- Speakers and 540 watts of power.