Home Sci-Tech Nokia 3310 really is back; This time with much more style

Nokia 3310 really is back; This time with much more style 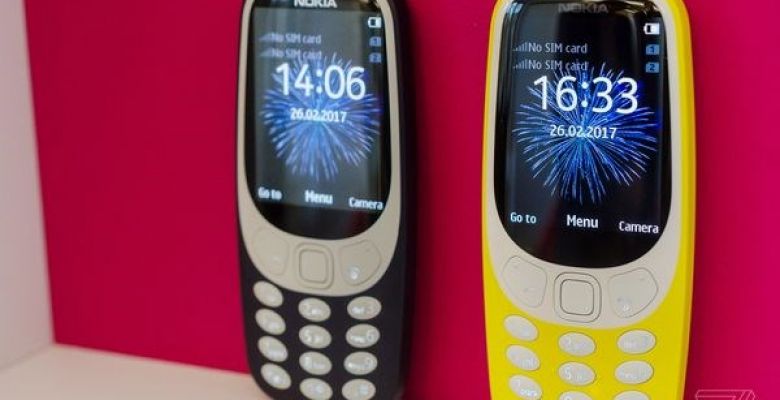 Nokia 3310 original was released by Nokia in the year 2000, almost 17 years ago. Today, however, at the end of its MWC 2017 conference, HMD Global – the company that inherited the Nokia brand – relaunched the classic. The new 3310 has a more stylish design and will be sold in four colors: dark blue, yellow, gray and red.

As you should expect, this device is not a smartphone, but a feature phone with some more capabilities. It comes with the Nokia Series 30+ operating system and has a small 2.4 “screen with QVGA resolution. On the plus side is you can play Snake and listen to FM radio.

There is only one camera on this device, with a 2MP sensor, located on the back. However, it has a rather a bit of modernity, being able to expand its internal memory with micro SD cards.

To browse the web, the user will have to settle for Opera Mini, but what really highlights the new Nokia 3310 in this market today is its battery life. According to the manufacturer, it is able to last up to 31 days on hold or perform 22 hours of talk on a single charge. There is no Snapchat, Facebook, Instagram or WhatsApp for this platform, which makes the system very economical on battery.

In summary, this device can be considered a kind of savior for the category of feature phones, which has been populated almost exclusively by models of very low quality.

In Europe, the new 3310 will be sold for 49 euros and will begin to reach the shelves in the second quarter.