Home Sci-Tech Intel or AMD: Which manufacturer has the best processor options

Intel or AMD: Which manufacturer has the best processor options 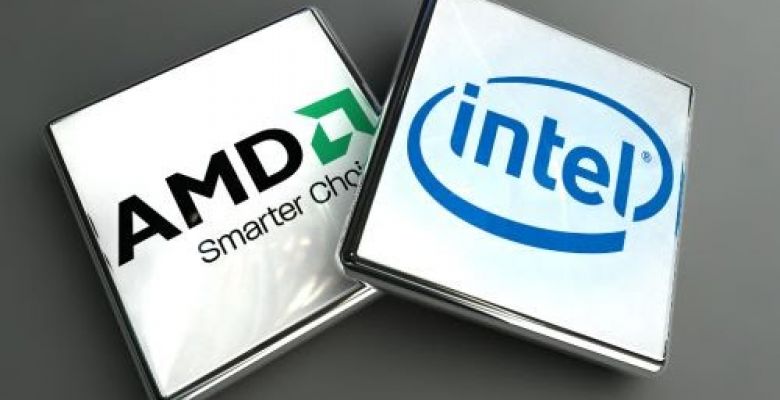 AMD or Intel? That is one of the oldest disputes in the technology industry, beginning in the mid-1990s (or even earlier, if you consider AMD’s “copies” of Intel processors in the 1970s). This debate won a new chapter in 2017 with the arrival of AMD’s new Ryzen CPU series, which promises to re-enable the brand in front of consumers interested in performance. In the exam below, let’s look at a current picture of the two brands to find out who offers the best processors.

However, it’s important to keep in mind that the new Ryzen came on the market a few days ago and in just three models, against Intel’s more than 30 Kaby Lake.
Performance: Intel

In the last decade, Intel has taken market lead reliably because the performance difference in favor of its products, when compared to AMD, has only grown: the successive generations of Core I have been widening the gap compared to the competitor to a point in That AMD CPUs have become suitable only for very specific hardware.

To give you an idea, the comparison between a quad-core Core i7 7700 (released in 2017) versus an octa-core FX 8350 (released in 2012), two processors operating at the 4 GHz home, shows that the Intel product Achieves a 55% better score on benchmark tests like the Geekbench.

The situation tends to change now, with the launch of AMD’s new Ryzen processors. But at the moment, there are only three Ryzen R7s available against a multitude of Intel processors, which makes performance comparisons a little unfair, since AMD still does not have up-to-date intermediate and input alternatives – something that should change only in Second half, with Ryzen R3 and R5 debut, as well as the new APUs that use the technology of these processors.
Variety: Intel

In practical terms, Intel offers a greater variety of processors: there are lines like Celeron and Pentium for those who want to spend little, Core i3, i5 and i7 for several generations (it is still possible to find new fourth-generation CPUs on the market), this all Without considering the high-performance Xeon and the Core i7 Extreme. In general, Intel updates all these lines annually, which makes its portfolio quite broad and full of options.

AMD behaves differently, especially in recent years because of the difficulties in competing with Intel. As you noted, in the first criterion we used a 2012 FX to compare it to a 2017 i7. That was not an oversight or something intentional to undermine AMD: the point is that the brand new product launch regime was compromised By the difficulty in presenting competitive options before Intel.

Another problem is that AMD divided its portfolio between Sempron and Athlon, input processors, APUs and FX processors. Unlike Intel, these processor families used different sockets, greatly limiting the traffic of those who invested less in a CPU but wished to trade it for a more powerful one over time. This weak point, once again, has been fixed with the new Ryzen and Bristol Ridge APUs: all new processors are using the same AM4 socket.

Technologies: There was a draw

In an analysis of only the most recent processors of the two brands, the Intel Kaby Lake and the Ryzen of AMD, there is a great equivalence of technologies: high frequencies, large number of cores, offer of technologies like Cache, Hyper Threading, Turbo, support To DDR4, etc., have matched the compatibility of AMD and Intel processors with the latest standards and interfaces