Home Sci-Tech Galaxy S8: know what to expect from Samsung’s next launch

Galaxy S8: know what to expect from Samsung’s next launch 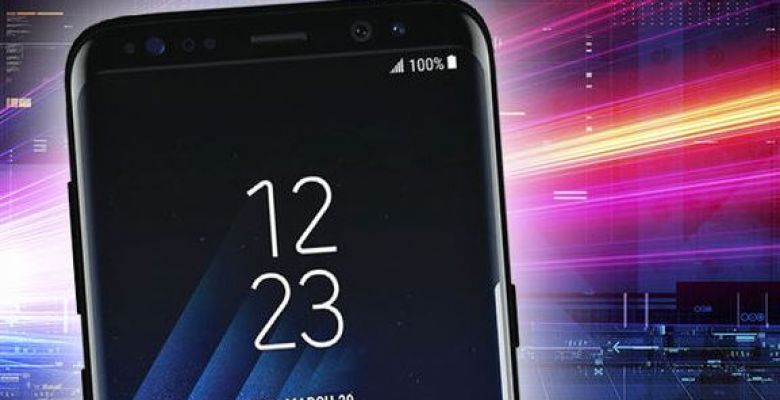 The Samsung Galaxy S8 is one of the most anticipated releases of the year in terms of top-of-the-line smartphones. The successor to the Galaxy S7 and Galaxy S7 Edge, which arrived in 2016 with good acceptance from critics and consumers, will be unveiled by Samsung on March 29. The South Korean manufacturer will hold an exclusive event in New York next Wednesday, and TechTudo will be there to bring the news first-hand.

While Samsung has yet to release official information on the phone’s data sheet, it is possible to get an idea of ​​what to expect from the new Galaxy from the rumors that have circulated in recent months. Discover below the possible specifications of Galaxy S8 and Galaxy S8 Plus, which include design innovations, clearer screen, and a new personal assistant.

The design of the Galaxy S8 should show some sensible changes compared to the previous models of the line. Most notable of these would be the retirement of the home button on the front panel of the phone, a trademark of Samsung.
Another difference concerns the proportions of the screen and the frame. The alleged leaked images of the new Galaxy show that the display occupies a larger area on the front of the phone. This allows the screen to have larger dimensions in inches, without making the device larger. The two variations of the Galaxy S8 would be 5.8 inches and 6.2 inches – all without their dimensions being larger than those of the S7 line.

It is possible that the Galaxy S8 will maintain the Quad HD resolution (2560 x 1440 pixels) used in the S7 and S7 Edge, but the difference would be due to the organization of pixels that, in the end, would result in a higher density. Basically, the screen would be clearer without the need for increased resolution. The novelty should impart more immersion to the virtual reality with the Gear VR since the images will be less pixelated with the accessory.

Another difference from the S7 screen would be the curved edge, just like the LG G6. However, at least according to the images leaked so far, the Samsung smartphone appears to have curved edges much more pronounced than the rival.

According to rumors, the S8 should not have a version without the curved screen, as it does with its predecessor. Regardless of the screen size, the two models of the new Galaxy would have the so-called Edge screen. The only difference between the phones would be the display size and the nameplate: Galaxy S8, for the smaller version of 5.8 ”, and Galaxy S8 Plus, for the model with a 6.2-inch panel.

It is also possible that the S8 screen is touch sensitive, able to identify variations in command pressure. The technology would be similar to the 3D Touch feature of the iPhone, giving the user a new way of interacting with the cell phone – which may prove useful, since the device should arrive without the “Home” button.
Performance
It is believed that Samsung’s new top-of-the-line mobile phone will hit the market with 4GB of RAM and 64GB of storage, expandable via microSD card. As for processing, smartphones are expected to keep the Snapdragon and Exynos processor boards, depending on the country.

Following the example of the S7 and S7 Edge, Samsung would launch the S8 and S8 Plus in the North American market with the new Snapdragon 835, Qualcomm’s top-of-the-line processor for 2017. Brazil and other countries would receive the Exynos 9 chipset, Developed by Samsung itself.

The cameras were one of the great highlights of the S7 and S7 Edge and, at least according to rumors, it seems that Samsung will make punctual improvements to the image sensors of the new S8. The main camera would continue with the same 12 megapixels as the one used in the S7, but the front sensor, dedicated to selfies, would go from 5 megapixels to 8 MP.
An interesting detail regarding the cameras is the information that Samsung should not adopt the dual camera design, found in some competitors, especially the iPhone.

One of the hottest topics regarding leaks around the Galaxy S8 is the extra features of the smartphone. It is spoken in iris reader, instead of the fingerprint sensor; Face recognition and IP68 certification against water and dust. In addition, the new Galaxy would still bring an interesting feature to use the cell phone as a PC: the DeX dock mode, which would give the smartphone a similar form of use to Microsoft’s Continuum in Windows 10 mobile.

Unlike Apple, Samsung should keep the entry for headphones on the phone. Recent rumors suggest the brand would be interested in capitalizing on consumer criticism of Apple for removing that interface on iPhones 7. In addition to accepting conventional headphones, the S8 would come with a pair of AKG headphones, Audio Devices quite reputed in the professional and audiophile market. Following the trend of the mobile device market, there is a fairly sure bet that the S8 should bring USB-C, instead of the predecessor’s microUSB.

Another sure bet is the new personal assistant Bixby. It is believed that the feature will have much more capacity than the limited S-Voice, which debuted on the Galaxy S3. Bixby should be able to perform complex tasks and merge with the phone usage experience, serving the user as a user guide, as well as a personal assistant at the Siri level of the iPhone (iOS).

What is known with certainty about the Galaxy S8 is the date the device will be presented to the public. At a special event scheduled for March 29, Samsung will unveil the smartphone, its versions, and features to the public – and TechTudo will be present right from New York to bring the news first hand. Regarding market availability, bets point to the middle of April, at least in the United States and Europe.

Those interested in the new Galaxy can expect very salty values. In Europe, it is estimated that the S8 costs € 799 in the normal version, with a screen of 5.8 inches, and € 899 in the Plus version.