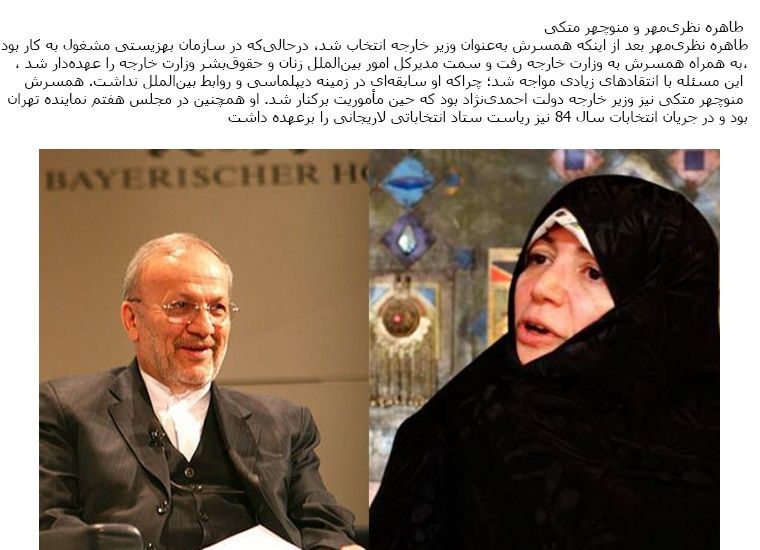 Manouchehr Mottaki  is an Iranian politician and diplomat. He was the Iranian minister of foreign affairs. Whilst technically appointed by Mahmoud Ahmadinejad, he is considered to be closer to more pragmatic conservative factions and during the 2005 presidential election, he was the campaign manager of Ali Larijani, the conservative candidate. He was also a presidential candidate in 2013 presidential election, but was withdrew before the election. It was rumors that his nomination is rejected by Guardian Council, which he denied.
PrevNext
Your Comment
Signup
Log in