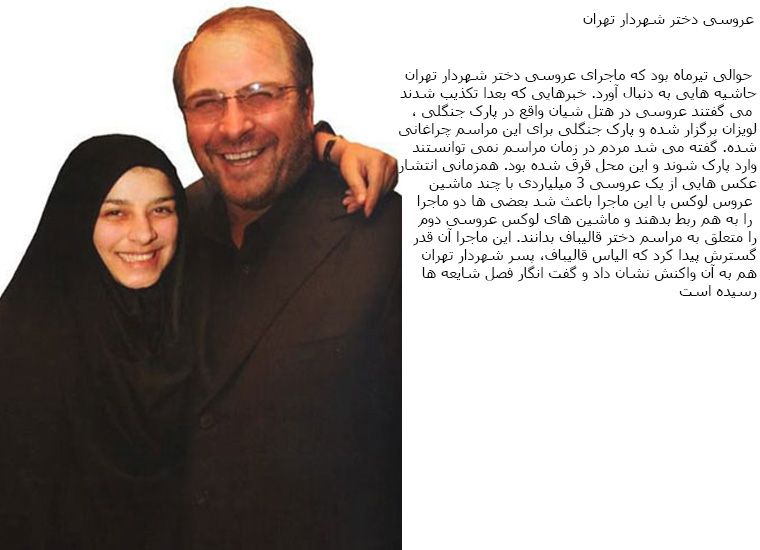 Mohammad Bagher Ghalibaf is an Iranian conservative politician and former military officer current serving as the Mayor of Tehran. Ghalibaf was formerly Iran's Chief of police from 2000 to 2005 and commander of Revolutionary Guards' Air Force from 1997 to 2000.He was a candidate in the 2013 presidential election but lost to Hassan Rouhani, in second place with 6,077,292 of the votes. He was also a candidate in the 2005 presidential election.
PrevNext
Your Comment
Signup
Log in