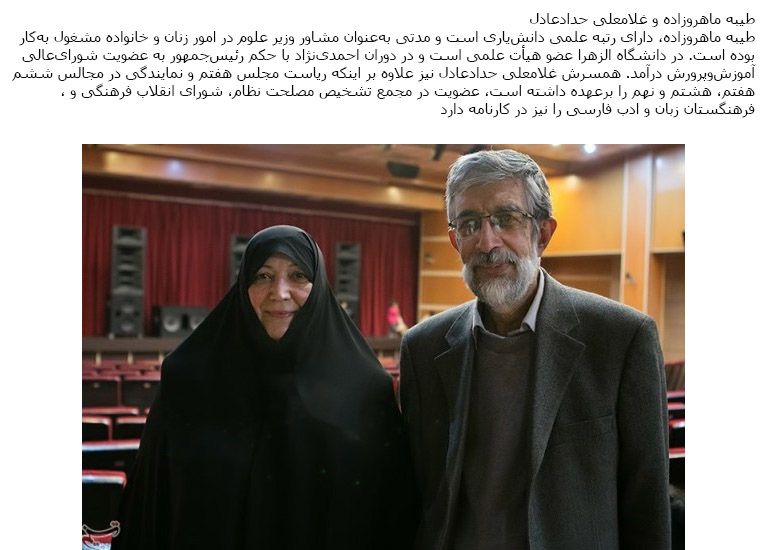 Gholam Ali Haddad-Adel  is an Iranian philosopher, politician and former chairman of the Parliament. He is the first non-cleric in the post since the Iranian Revolution of 1979. He was one of the candidates in the 2013 presidential election but withdrew on 10 June, four days before the election.He is part of "neo-principalist" group in the Iranian political scene.
PrevNext
Your Comment
Signup
Log in