Home Gallery The opening of Behesht-e Zahra Cemetary in 1970

The opening of Behesht-e Zahra Cemetary in 1970 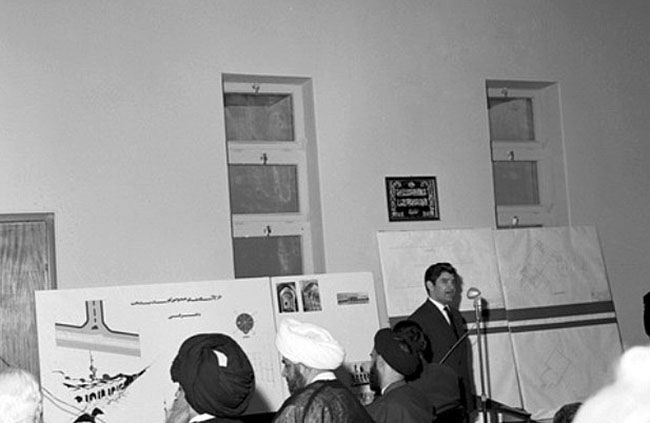 Behesht-e Zahra,The Paradise of Zahara), is the largest cemetery in Iran. Located in the southern part of metropolitan Tehran, it is connected to the city by metro line No. 1. The cemetery has been one of the inspirations for the popular webcomic, Zahra's Paradise.In the early 1950s, all the cemeteries in Tehran were supposed to be replaced by several large new ones outside the then precincts of the capital. Behesht-e Zahra was built in late 1960s on the southern side of Teheran towards the direction of the city of Qom and opened in 1970. The first person buried in Behesht-e Zahra was Mohammad-Taghi Khial.
PrevNext
Your Comment
Signup
Log in