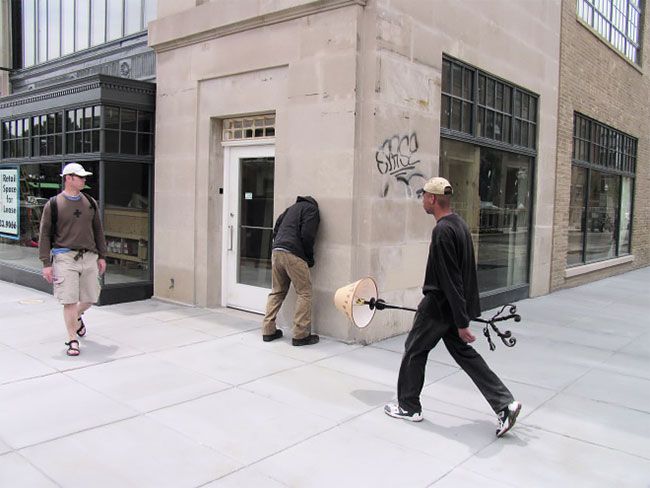 Mark Jenkins is a North American street artist internationally known for his urban installations of transparent and hyper realistic humans and animals. Jenkins dresses the figures with a street style, giving them a surprisingly realistic appearance. The figures are immersed within the urban context, sometimes in a normal way, sometimes threating the passer-by, and other times creating surreal situations and disturbing scenes.Jenkins' practice of street art uses the "street as a stage", where the pedestrians and even the authorities are actors that complete the scene he creates. His pieces have drawn the attention of the police and even fire fighters in cities all over the world, further proving the realistic presence of his figures.
PrevNext
Your Comment
Signup
Log in