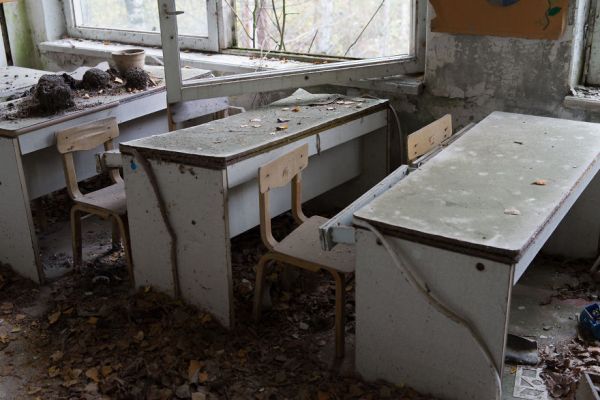 The town of Pripyat was once the perfect model of Soviet living. Built in the 1970s, it housed the families of the workers at the nearby Chernobyl nuclear plant. Today it is abandoned crumbling within the Chernobyl Exclusion Zone. 31 years ago on 26 April 1986, the meltdown of Reactor No. 4 at the Chernobyl nuclear power plant led to the worst civilian nuclear accident in history. Poisonous radiation spewed from the plant into the surrounding landscape, contaminating the area and destroying the lives of the citizens. Authorities evacuated approximately 43,000 people from Pripyat in the days following the disaster, and the city, with its high-rise apartment buildings, hospital, shops, schools, restaurants, cultural center and sports facilities, has remained a ghost town ever since. This is what the town looks like today.