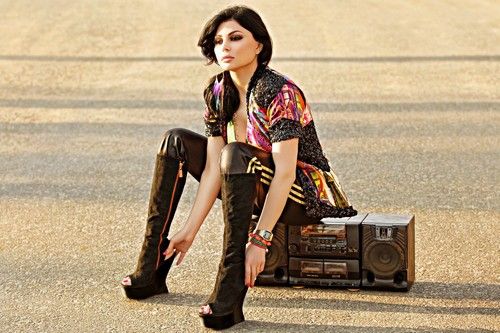 9. Haifa Wehbe
Haifa Wehbe is Lebanese singer of Egyptian ancestry. She is one of the most successful Arabic singer, and was ranked as one of 50 most beautiful people in people’s magazine. She sometimes get criticized in Arab world for her revealing clothes, but no one can deny the fact that she has an amazing appeal. She was also ranked 8th in the list of 99 most desirable women by AskMen.com.