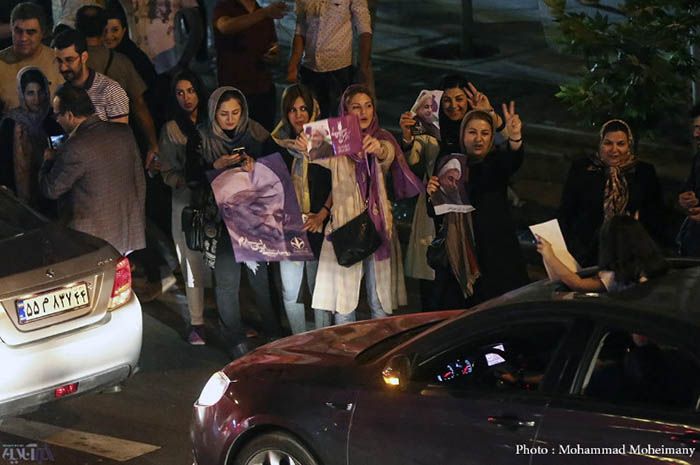 Newly reelected President Hassan Rohani says the Iranian people are the "real victors" of the election and that Iran has chosen "engagement with the world" in voting for him, rejecting extremism. Tens of thousands of Rohani supporters poured into the streets in Tehran and other cities around the Islamic republic to celebrate the election victory well into the night. Traffic came to a standstill in some parts of the capital, and fireworks were set off in the central Vali-e-Asr Square. Speaking on national television on May 20 for the first time since being declared the winner of the previous day's election, Rohani pledged to deliver on his campaign promises during his second term in office.