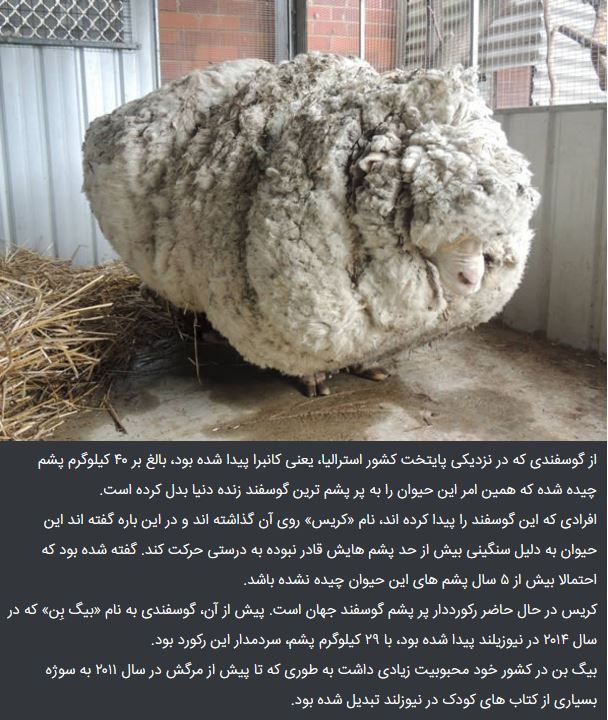 Over 40 kilograms (88 lb) of wool has been sheared from a sheep found near Australia's capital, making him unofficially the world's wooliest. The animal, named Chris by his rescuers, was discovered on the northern outskirts of Canberra and was said to be struggling to walk under the weight of his coat. Tammy Ven Dange, chief executive of RSPCA ACT, estimated Chris had more than five years of wool on him and likely little contact with humans. As a carrier of the world's heaviest fleece, he shattered the current record set by New Zealand sheep Big Ben, who was found to be supporting nearly 29 kilograms of wool in 2014.

Why is Hospital Food Often so Bad?