Home Gallery Living Inside The Torture Clinics That ‘Cure’ Homosexuality

Living Inside The Torture Clinics That ‘Cure’ Homosexuality 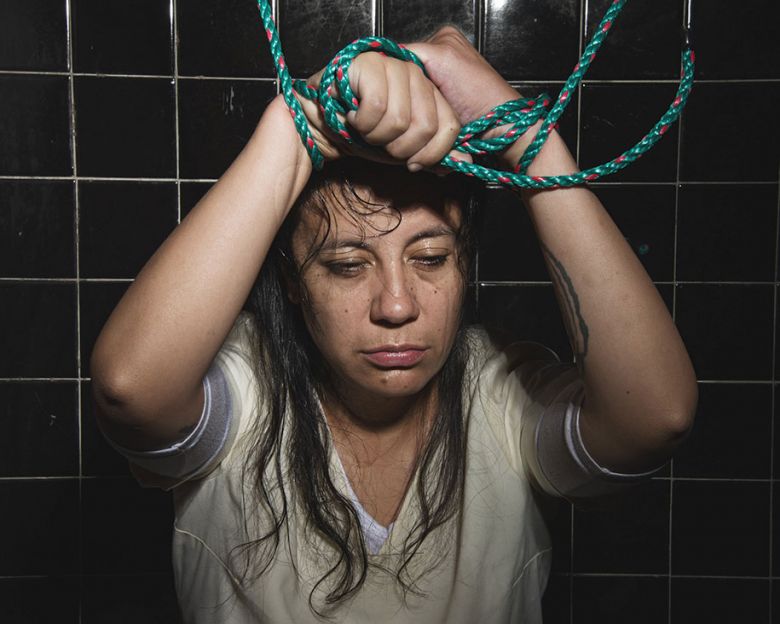 Photographer Paola Peredes first caught the media’s attention with her powerful photo series “Unveiled” where she documented the moment she told her parents about her homosexuality. And now she’s taking it further with her new series titled “Until You Change”, where she re-enacts the horrible events that take place daily in the Ecuadorian rehab facilities that ‘cure’ homosexuality in the most brutal ways.

A friend tipped her off about the clinics that claim to ‘cure’ homosexuality using torturous techniques such as starvation, abuse and sometimes even ‘corrective rape’. These clinics hide under the official operations like treatment facilities for alcoholics and drug addicts, but for a charge of $500-$800 a month, they also ‘treat’ gay people.

“Since I was going through my own personal journey with my sexuality at the time, it affected me in a completely personal way,” Paola told Huck Magazine. “The thought that I could be locked up in one of these clinics myself lingered in my mind for years and I think, deep down, I knew I had to create something about it.”

So she went undercover. Wearing a microphone, hidden in her bra, she was taken by her parents to one of these facilities, to get closer to these horrors herself: “What shocked me the most was when I saw the girls,” says Paola. “They had been forced to wear makeup and my informants had described it perfectly: bright red lips, pink cheeks, and blue eye-shadow.”

This inspired Paola to recreate some of these moments in her gripping photo series which aims to educate people about this dire situation that’s happening not only in Ecuador, but also in Europe, the US, and South America.

In the bathroom, she must be vigilant when mopping and scrubbing every surface with a toothbrush. She must pick up all the hairs on the floor. If she makes a mistake, an orderly pushes her bare hand into the toilet bowl and holds her down until it is clean.