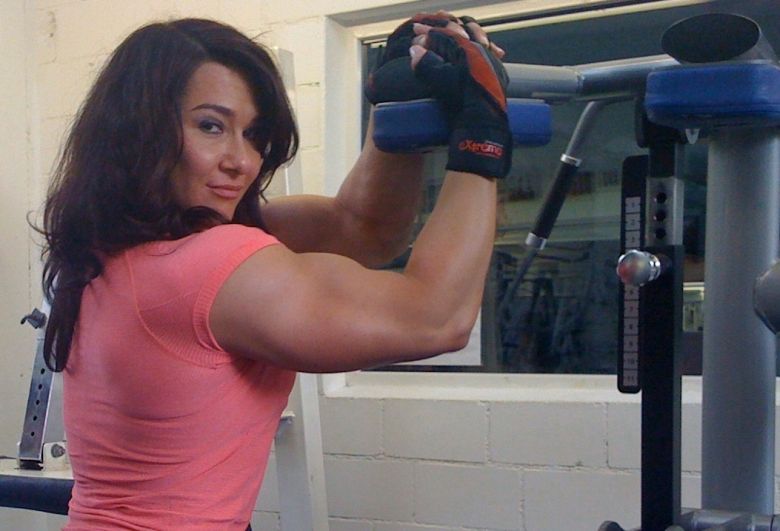 Because they have to wear hijabs, Iranian women athletes cannot compete in many international competitions, and have to settle for competing at a national level. But for Iran’s female bodybuilders, any sort of competition is out of the question. In Iran, women work out at women-only gyms.  most of these gyms now offer bodybuilding classes, and sell hormones and dietary supplements as well.Until recently, Iranian women weren’t really interested in bodybuilding, mainly because of the way they dress – when you wear Islamic dress, you don’t really care what your body looks like underneath. But with the advent of foreign channels on satellite TV, which is extremely popular in Iran, Iranian women have been awakened and getting their body in good shape has become more important for them. Also, in the past few years, bodybuilding has taken off for men, with Iranians receiving acclaim on the international stage. There are even Iranian women living abroad who have made a name for themselves in the bodybuilding world.
PrevNext
Your Comment
Signup
Log in