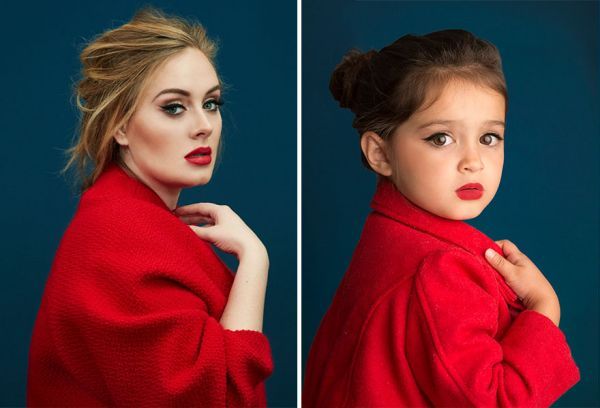 In an essay for Bored Panda, mom Ashley Larson wrote that she and her 3-year-old daughter, Scout, started working on their #ScoutStoleMyStyle project in April of 2016, after they found out Scout's grandmother, Nonnie, had been diagnosed with cancer. Through the year of treatment and recovery, Scout was very concerned by how sick her Nonnie appeared, and in particular, her hair loss. To teach Scout about strong women and help her with her anxiety, they started talking about popular icons in media. Then they started playing dress up! Scout's a child model, and a lot of the people she was interested in were also in media. Her mother would talk to her about what each woman she was posing as had done, and what their strengths were. The pictures from the project are fiercely adorable, though none can hold a candle to this one, celebrating the strong lady who started it all.