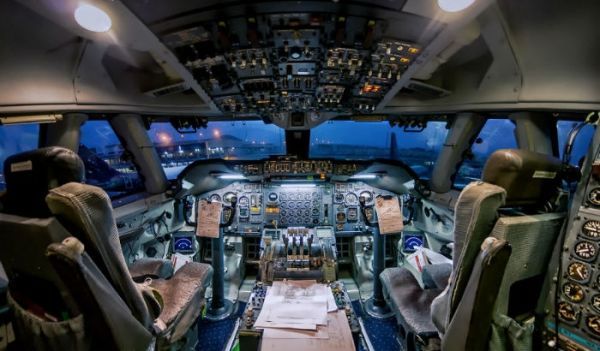 JPC Van Heijst admits that he’s often in a pretty good position to capture the earth from above – because he’s a pilot with an air freight company. The Dutchman is a first officer with Cargolux and flies Boeing 747s around the world.He’s also very handy with a camera and has captured hundreds of stunning pictures from the cockpit. This set of images shows not only how mesmerising his office in the sky is – it’s an environment festooned with glowing buttons and screens – but some of the incredible sights that he’s witnessed, from dramatic lightning storms to the Northern Lights. He says: ‘Seeing the entire world in my job, I feel privileged to be in a position to capture many different parts of the planet through my camera and immortalize the beauty of the places I visit.’
PrevNext
Your Comment
Signup
Log in