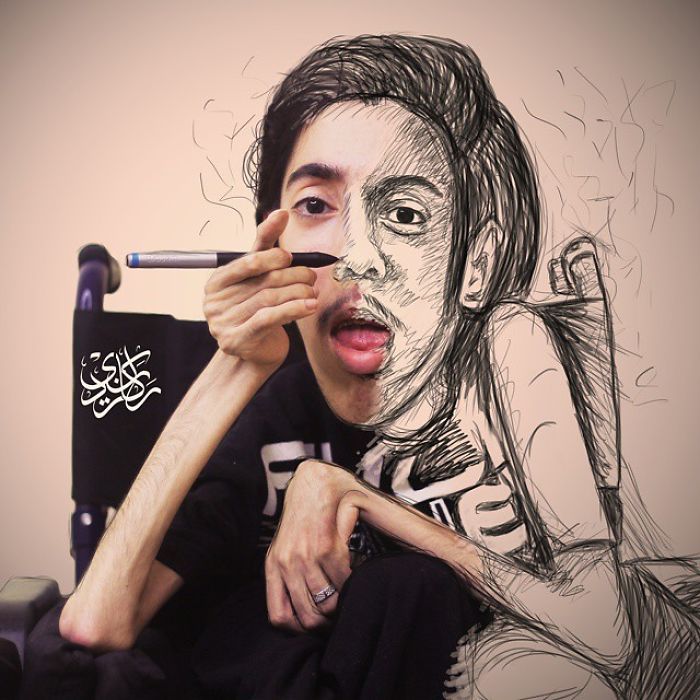 Rakan Abdulaziz Kurdi, 23, from Jeddah, Saudi Arabia he suffering from partial atrophy since birth. Atrophy is like wasting away of a body part. Rakan Kurdi is a Graphic Designer and Digital Painter. He learned digital illustrations in 2011 and now he specialize in portrait digital illustrations. The support he had from his family and friends has been very important for his motivation and he just continued doing his work and sold over 1000 portraits till now.He says “I don’t believe in despair and success is not an impossible dream. You just have to be confident and have self belief. God might not have given you an abled body but he has given you unbounded willpower.” He has participated in multiple exhibitions such as Mirkaz Art Exhibition, King Abdulaziz and many other.