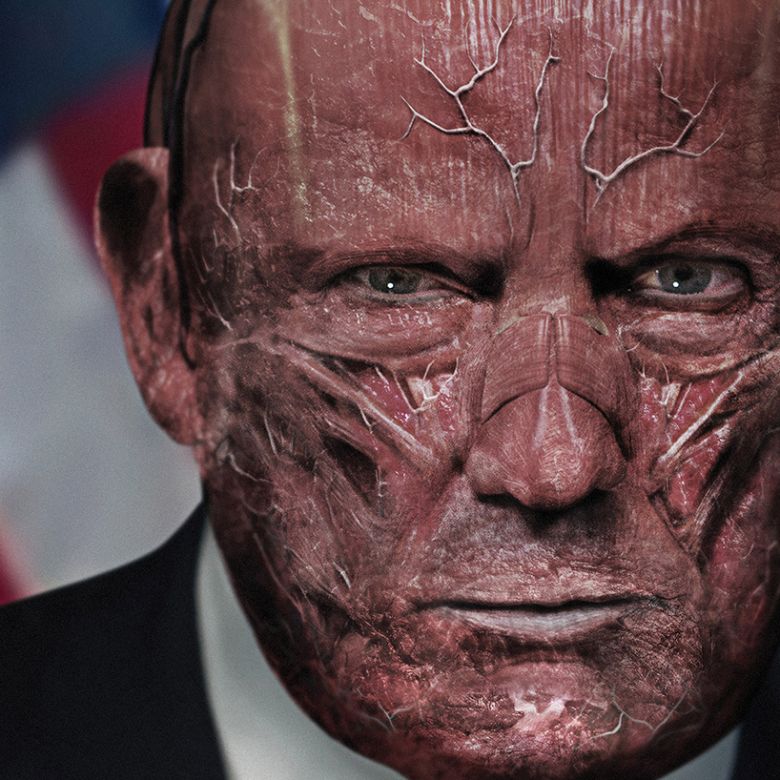 Donald Trump, president of the united states
It might feel like a world leader is more than the average person, but that simply isn’t the case. According to science, just one millimeter of skin is all that keeps us from seeing that we’re all the same. By removing that one millimeter, it’s easy to see that all humans are the same on the inside. Without that skin, the whole world can see that all leaders are essentially the same and that no matter race, age or political affiliation, we should all be treating one another with respect. The project, titled “One Millimeter,” was created using Photoshop and brings a whole new perspective to equality. Imagine – all that’s separating us from being the same is one millimeter of skin. Look past background, ethnicity, skin color and politics and see that inside, we’re all the same. You won’t ever see these figures quite the same way again.
PrevNext
Your Comment
Signup
Log in