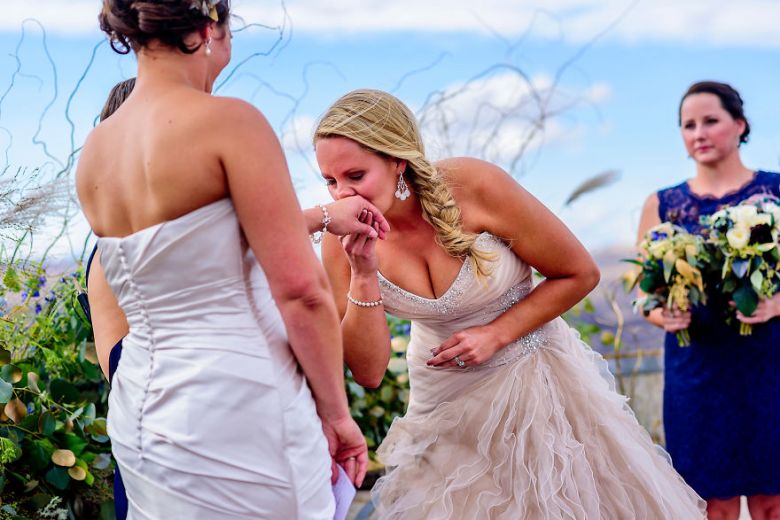 At the end of the 20th century, gay marriage ceremonies without legal recognition became more and more popular. The first nation, however, to provide law for the marriage of same-sex people was the Netherlands (2001). This marked a turning point in public approval for marriage equality, and as of 2 May 2017, same-sex weddings are legally recognized in 22 countries.From lavish country weddings to quick visits to the city hall, these photographers have captured some of the most emotional gay marriage moments.
PrevNext
Your Comment
Signup
Log in