Men Before & After Shaving That Now Look Like A Different Person 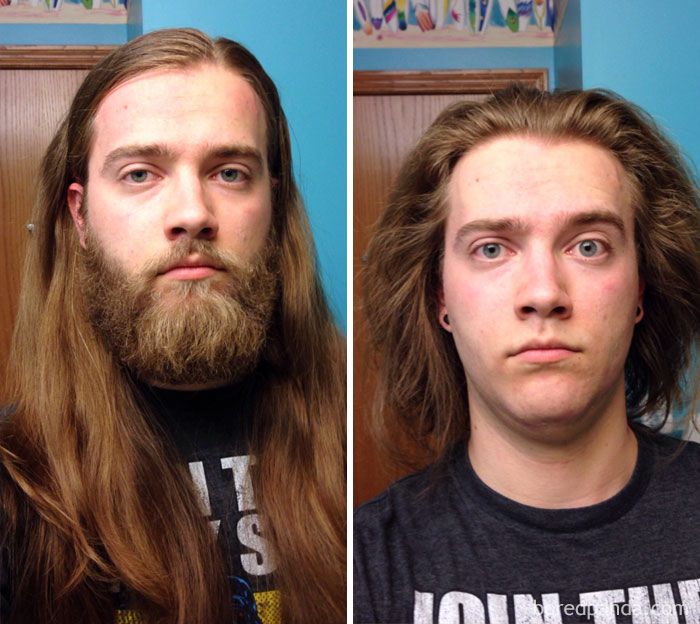 Growing out a beard can dramatically change a man's look, but shaving one off can be even more of a shock. Some say that beards make men's faces look stronger and more masculine, while others argue that it all comes down to bone structure. We're definitely not evolutionary scientists here, but we've compiled some photos of guys before and after grabbing the razor, and we'd like to know which one you'd rather ride off into the sunset with. It's hard to say whether having a beard is healthier or not, but it's undeniable that it either makes or breaks a guy's aesthetic. Check out a whole list of before-and-after shaving comparisons below, and just try to believe that it's the same person in each photo.
PrevNext
Your Comment
Signup
Log in