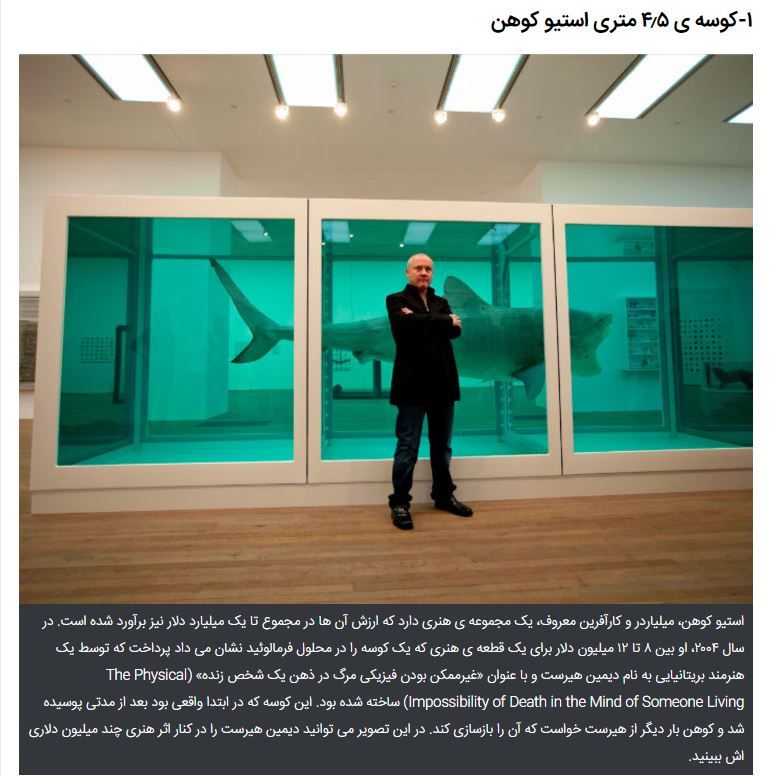 Steve Cohen's 14-foot shark
Billionaire hedge funder Steve Cohen has an art collection that has been valued at as much as $1 billion. In 2004, he paid between $8 million and $12 million for a shark that had been suspended in formaldehyde — a piece called "The Physical Impossibility of Death in the Mind of Someone Living" by British artist Damien Hirst. He later paid Hirst for a replacement after the shark (which was once actually alive) began to deteriorate.
PrevNext
Your Comment
Signup
Log in