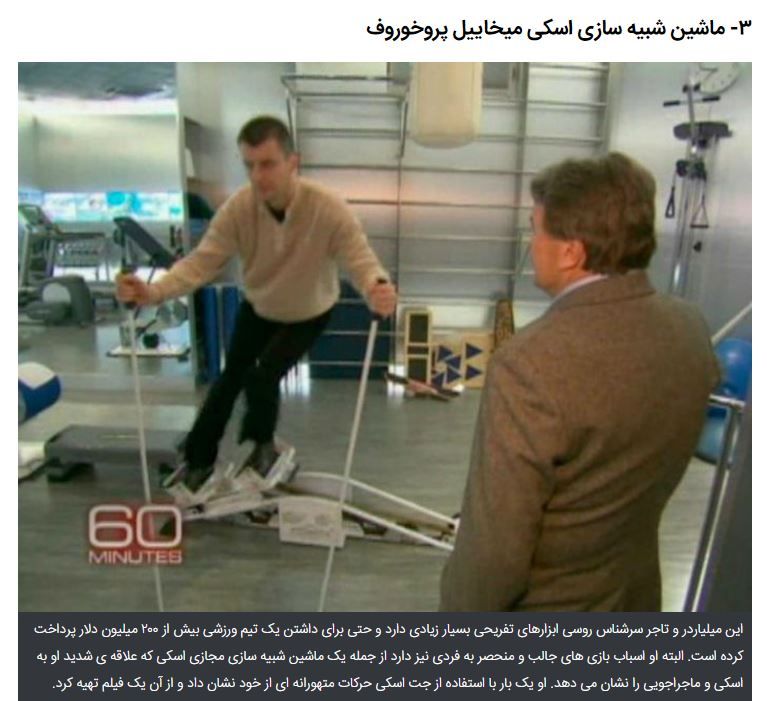 Mikhail Prokhorov's virtual ski machine
Billionaire Russian businessman Mikhail Prokhorov owns lots of cool toys (including that sports team he bought for $200 million). But he's also got some unique possessions, including a virtual ski machine. Prokhorov is a known daredevil; he once filmed himself doing stunts on a jetski and had a production company set the movie to music.
PrevNext
Your Comment
Signup
Log in