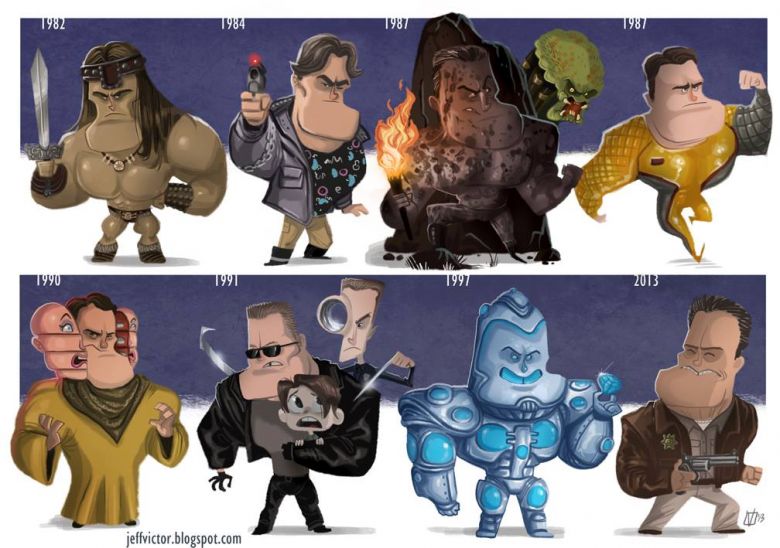 1) Arnold Schwarzenegger
Illustrator and character designer Jeff Victor resides in Chicago. He currently works for Nickelodeon but has also co-created short films and worked on cartoons with Warner Bros. His ongoing series is called ‘Evolutions’, where Victor illustrates the most iconic movie roles from the careers of famous actors. The illustrations he creates are chronological although he doesn’t create a character for every movie role, only the more popular ones.
PrevNext
Your Comment
Signup
Log in