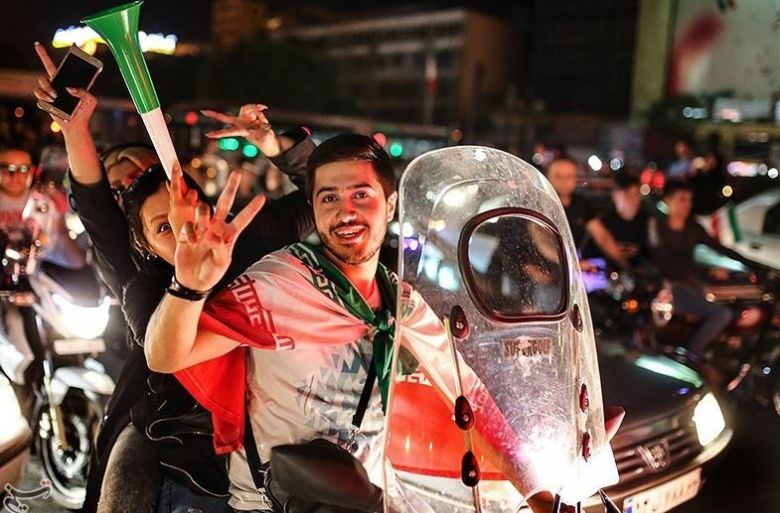 Iran celebrated on Monday as the country's national soccer team qualified for next year's World Cup finals by beating Uzbekistan 2-0 with goals from Sardar Azmoun and Mehdi Taremi. Azmoun's goal midway through the first half at the Azadi Stadium put them on track to qualify for a place in Russia before Taremi added a second two minutes from time as Iran reached back-to-back World Cup tournaments for the first time. The three-time Asian champions, who also missed a penalty just after the break, became the second nation after five-times champions Brazil to qualify for the finals by securing a fifth World Cup appearance at the 32-team tournament. Iran's president Hassan Rouhani congratulated the nation and the players on clinching a place at the finals. "Your victory made all of us happy... Guys well done for the qualification for the 2018 FIFA World Cup in Russia," he tweeted. Thousands of Iranians spilled onto the streets after the match with impromptu street parties in Tehran and across the country as people danced, waved flags and honked car horns.