Incredible Photos of a Mammoth Tusk Hunt in Siberia 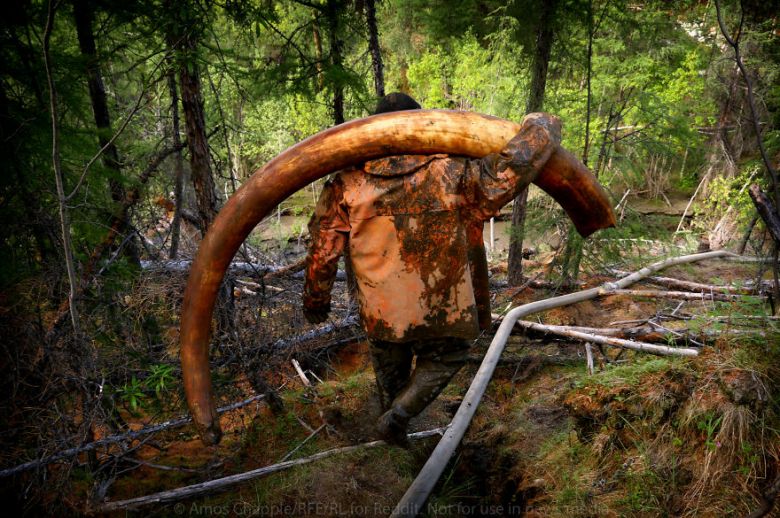 In Russia’s isolated and remote region of Siberia, an underground economic boom is taking shape. Radio Free Europe photographer Amos Chapple, back in 2016, went inside the dark world of the Russian men illegally mining for tusks and remains of the long-extinct woolly mammoth, in hopes of cashing in on black market trade. The images he captured show a compelling cycle of toil, desperation, and environmental consequence. Woolly mammoths, lost arctic relatives of the modern elephant, are thought to have lived in Siberia about 400,000 years ago. The area now experiences year-round permafrost, a thick layer of ice beneath the ground, which has helped to preserve submerged mammoth skeletons for millennia. In order to reach the buried treasures of this hostile land, the men seeking it have to blast the thick, icy mud with water pumped from nearby rivers, which can take months on end. It’s a dangerous, illegal, and taxing job, but with mammoth tusks selling at around $35k a piece to eager Chinese buyers, it’s a worthwhile risk to men coming from cities where the average monthly wage is under $500.
PrevNext
Your Comment
Signup
Log in