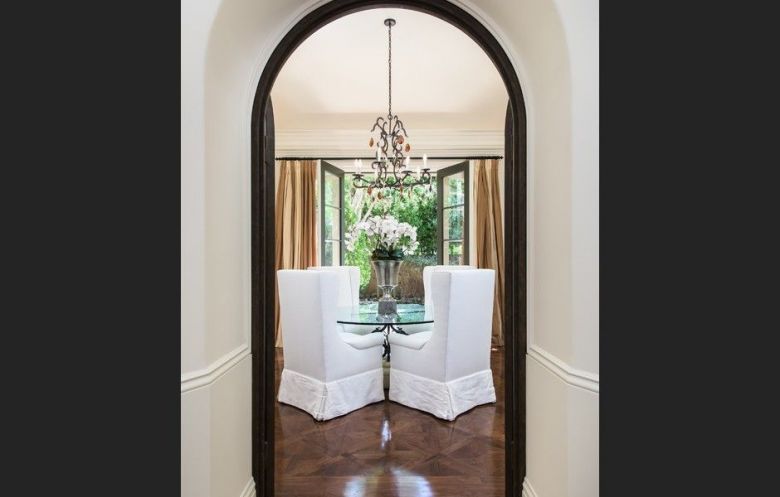 Here is yet another sign that athleisure is taking over Los Angeles. Manny Mashouf, the founder of clothing store Bebe, has sold his Holmby Hills digs to Danny Harris, the owner of international yoga clothing brand Alo, for $30 million, according to real estate gossip queen Yolanda Yakketyyak. Mashouf bought the 2002-built Mediterranean estate from Bratz dolls mogul Isaac Larian in 2004 for $14 million. The nearly 21,000-square-foot mansion has eight bedrooms and 11 bathrooms. It features a “grand foyer” with 26-foot ceilings, a great room, a billiards room, a wet bar, a wine cellar, private terraces, a gym, a separate card room and saunas in the master bedroom, listing materials show. Outside, the 1.2-acre lot includes an infinity pool and tennis court. David Parnes of the Agency was the listing agent. The buyer was represented by Kelsey Kroon, also of the Agency, according to Redfin. Alo, which opened its first brick-and-mortar in Beverly Hills last April, has a far ranging fan base, which includea the likes of Gigi Hadid and Kendall Jenner.
PrevNext
Your Comment
Signup
Log in