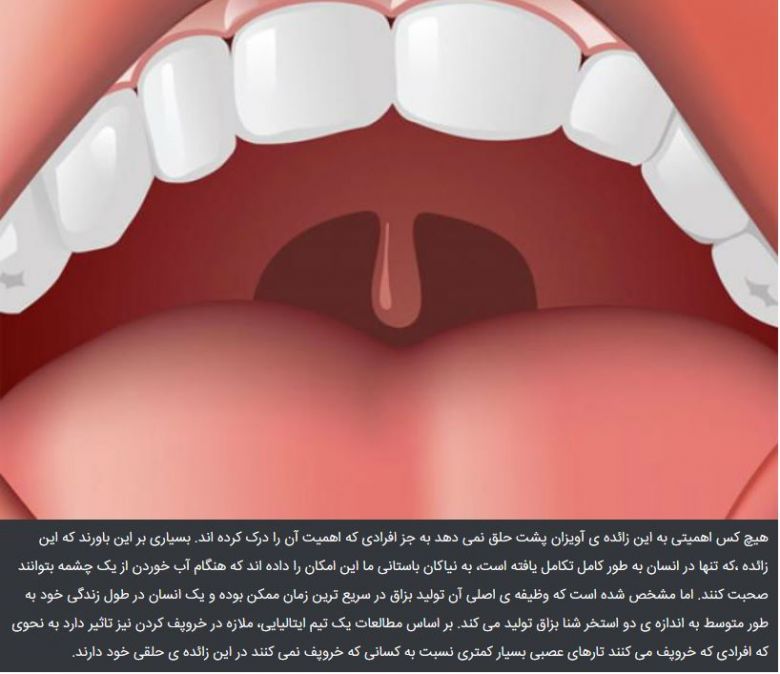 Nobody pays much attention to that dangly little thing in the back of the throat, except perhaps some comic animators. Some theories suggest that the uvula—which is fully developed only in humans—helped our ancestors speak or drink while bending over a watering hole for prehistoric refreshment. But its most obvious purpose involves quickly secreting large amounts of saliva (over a lifetime, the average person produces enough to fill two swimming pools). The uvula may also be associated with snoring; according to an Italian study, people who snored had significantly fewer nerve fibers in their uvula than their non-snoring counterparts.
PrevNext
Your Comment
Signup
Log in