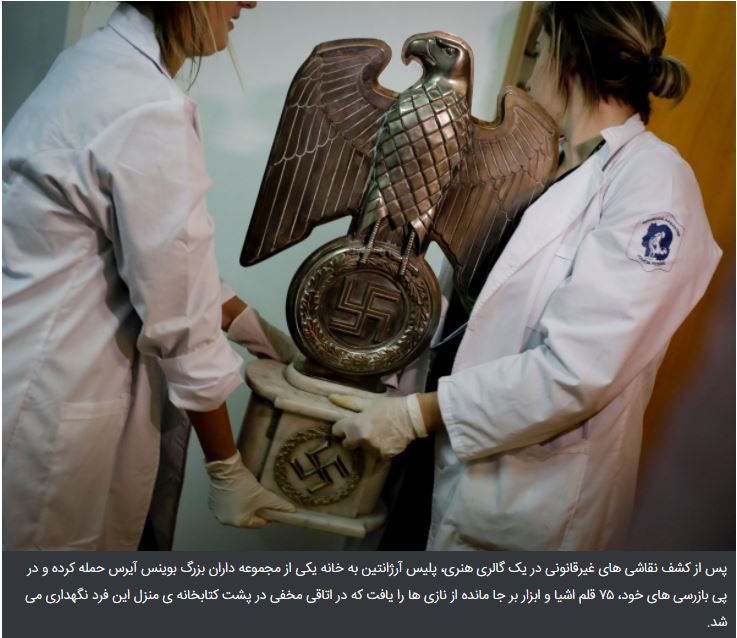 Everything from Adolf Hitler busts to swastika emblazoned knives were discovered among a haul of "illegal" Nazi artifacts found in a secret room in a suburban house in Argentina. Police carried out the raid on the property in Buenos Aires after discovering that some items had recently been sold. According to Nestor Roncaglia, head of the Federal Police, the historical objects have "illegal origin" and were kept in rooms hidden "behind a false wall". The items include a multiple busts of Adolf Hitler and a sculpture of an imperial eagle. During Nazi rule, the eagle was combined with the swastika to become the national emblem of the Third Reich.
PrevNext
Your Comment
Signup
Log in