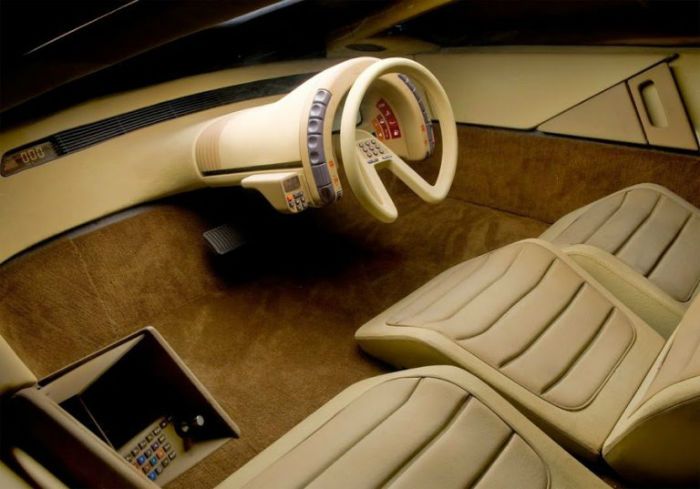 No matter what decade or even century you’re in concept cars will always look futuristic, that’s the point. These days that means holographic displays and self-driving capabilities–a case of technology over design–but back in the 70s and 80s the future looked very different. It looked, well, angular. Aerodynamics was becoming key in design back then to help with fuel economy so the designs began to reflect how the cars would redirect airflow. Designers like Italy’s Giorgetto Giugiaro and Marcello Gandini were creating cars that looked like something from a sci-fi film from the period. But their designs would be hugely influential. The cars would often make an appearance at the Geneva Motor Show and, prophetically, some of them aren’t far off what some of the supercars by manufacturers like Lamborghini look like today. Some of the edges are a bit softer, but still, if you look and compare you can see the origins in these cars. Some were straight up crazy though, like the badass 1970s Lancia Bertone Stratos HF Zero with its triangulated engine cover and windscreen that opens upwards. Crazy, but super cool. And the sharp-cornered aerodynamic designs did find their way into 1970s production cars, like the classics Lotus Esprit, Lancia Stratos, Lamborghini Countach, DeLorean DMC-12, and plenty more. It’s a guarantee that if you saw any of the cars below driving down the street you would definitely give it a second glance, and a third, and probably a fourth. They are all beautiful in their own way.
PrevNext
Your Comment
Signup
Log in