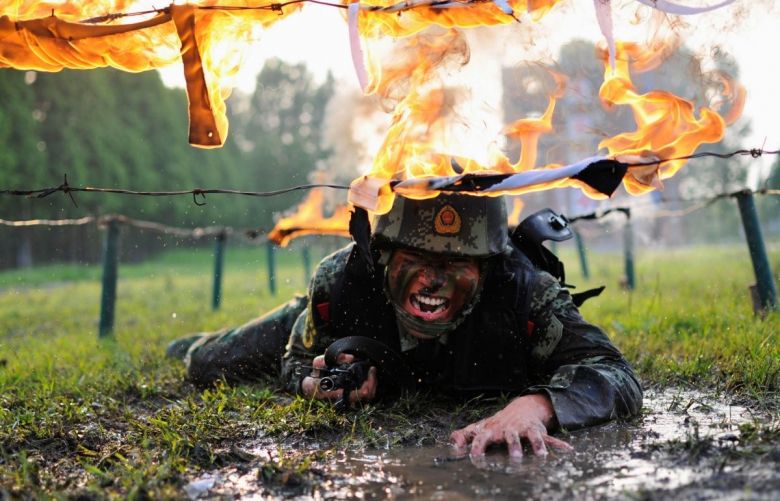 Photo credit: (Reuters)
In addition to an active-duty military numbering more than 2 million, the Chinese have a paramilitary force with almost 4 million members. By comparison, the U.S. military has 1.4 million active-duty members. They serve as an auxiliary force for the People's Liberation Army, and during times of peace, are primarily concerned with law enforcement and internal security. They've previously received criticism for oppressing journalists and using violent tactics to quash protests in Tibet. Recently, Reuters published a photo of a Chinese paramilitary member crawling through the sand in 102-degree temperatures, so we decided to take a look at the paramilitary police training.
PrevNext
Your Comment
Signup
Log in