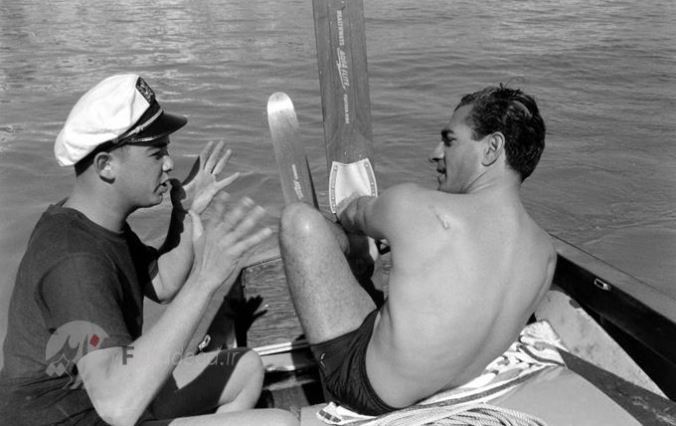 Shahbanu Soraya of Iran , born Soraya Esfandiary-Bakhtiari, was Shahbanu (Empress) of Iran, the second wife of Mohammad Reza Pahlavi, the last Shah of Iran, and an actress. She was nicknamed as "Emerald Eyed Shahbanu of Iran". Granted the royal title Princess of Iran after her divorce, she moved to France. Soraya was the elder child and only daughter of Khalil Esfandiary-Bakhtiary  a Bakhtiary nobleman and Iranian ambassador to West Germany in the 1950s, and his German wife Eva Karl. She was born in the English Missionary Hospital in Isfahan (Farsan) on 22 June 1932. She had one sibling, a younger brother, Bijan. Her family had long been involved in the Iranian government and diplomatic corps. An uncle, Sardar Assad, was a leader in the Persian Constitutional Revolution of the early 20th century. Soraya was raised in Berlin and Isfahan, and educated in London and Switzerland.In 1948, Soraya was introduced to the recently divorced Shah Mohammed Reza Pahlavi, by Forough Zafar Bakhtiary, a close relative of Soraya's, via a photograph taken by Goodarz Bakhtiary, in London, per Forough Zafar's request. At the time Soraya had completed high school at a Swiss finishing school and was studying the English language in London.They were soon engaged: the Shah gave her a 22.37 carat (4.474 g) diamond engagement ring.Soraya married the Shah at Marble Palace, Tehran, on 12 February 1951.Originally the couple had planned to wed on 27 December 1950, but the ceremony was postponed due to the bride being ill.
PrevNext
Your Comment
Signup
Log in