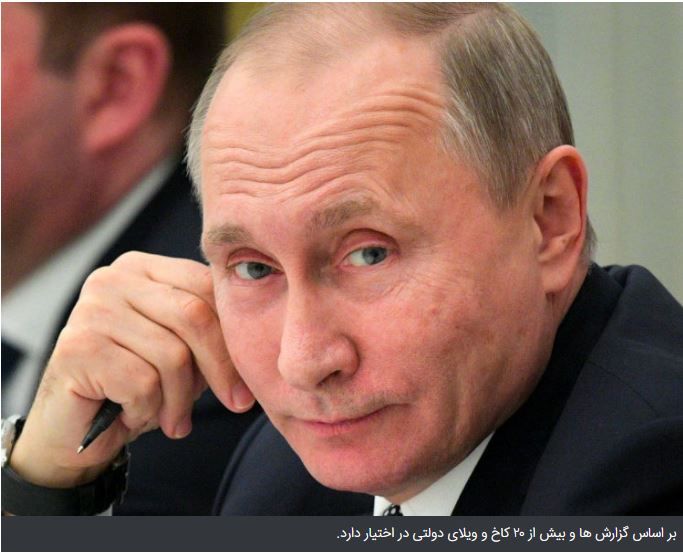 This portrayal did not sit well with many experts of Russian government and politics. These experts agree that, without question, Putin has used his last decade of absolute power and wholehearted corruption to stash away a vast personal fortune estimated at more than $70 billion. A fortune that simply does not jibe with the humble, man-of-the-people, portrait Putin paints of himself.Vladimir Putin is currently serving his second term as the President of Russia. His first Presidential term lasted from 2000 – 2008. Putin was also Prime Minister of Russia from 1999 – 2000 and again from 2008 – 2012. In last April's financial disclosure, Putin listed his "official" Presidential salary at $187,000 (5.8 million rubles). And while this salary has gone up more than 50% since last year, it's still significantly lower than the $400,000 that Barack Obama earns annually to run The United States of America. Putin further claims to have a relatively meager net worth. His paltry personal assets include a bank account with $180,000, three Russian made cars, an apartment in Moscow with a garage and a 16,000 square foot plot of land in the Moscow suburbs. Putin also revealed that his wife Lyudmila controls bank accounts totaling $260,000 and pulled in a 2013 income of just $3,900. That's three thousand nine hundred dollars. We did not forget a zero. In total, Putin estimates his own net worth at less than $500,000. By comparison, Obama's reported net worth has increased from $200,000 when he first stepped into the Oval Office to nearly $12 million today. That's a 5900% increase in net worth between 2000 and 2014 (the same time period Putin has essentially ruled Russia).
PrevNext
Your Comment
Signup
Log in