Home Gallery 20 of the world’s most outrageously expensive things

20 of the world’s most outrageously expensive things 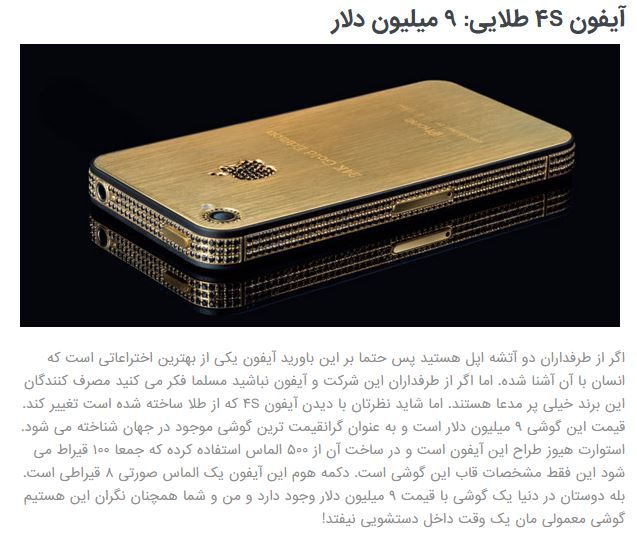 If you are an avid Apple fan then you probably think of the iPhone as one of the greatest inventions known to man. If you aren’t an iPhone user or an Apple fan then you probably find the whole lot of users to be rather pretentious. Either way your original opinion will be backed by the sight of the iPhone 4S Elite Gold model. This iPhone is worth a cool $9 million and takes its place atop the mantle as the world’s most highly valued phone. Stuart Hughes is the designer and he used 500 diamonds, which came to a total of over 100 carats, to get the details of the case just right. The home button is even spruced up with a flawless pink diamond which sits at around 8 carats. While this is definitely a Tommy Haverford level of ballin we still have trouble not dropping our phone in the toilet after a night of drinking. We’ll pass.