Awesome Facts Everyone Should Know 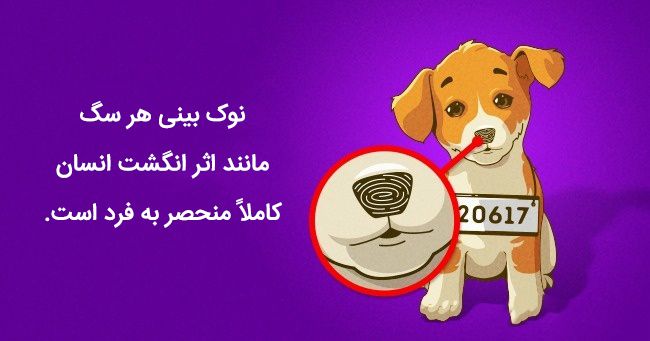 Just as humans can be identified by their fingerprints, dogs can be identified by their nose prints. Yes, you read that correctly, a dogs nose print is unique to that dog, just as no two human fingerprints are the same. If you look closely at a dog’s nose, you will see lines forming patterns, just like fingerprints. This raises the question – Can nose prints be used to accurately identify a dog if found without a collar or tags? Few places in the United States have already adopted dog nose printing as a common way of identifying lost dogs, however the Canadian Kennel Club has been accepting dog nose prints as proof of identity since 1938. The general consensus is that nose printing is a more reliable way of matching identity, as dog tags can easily be lost or even stolen.
PrevNext
Your Comment
Signup
Log in