Home Gallery “Because No One Would Buy My Photos, Here They Are For Free. Mosul 2017”

“Because No One Would Buy My Photos, Here They Are For Free. Mosul 2017” 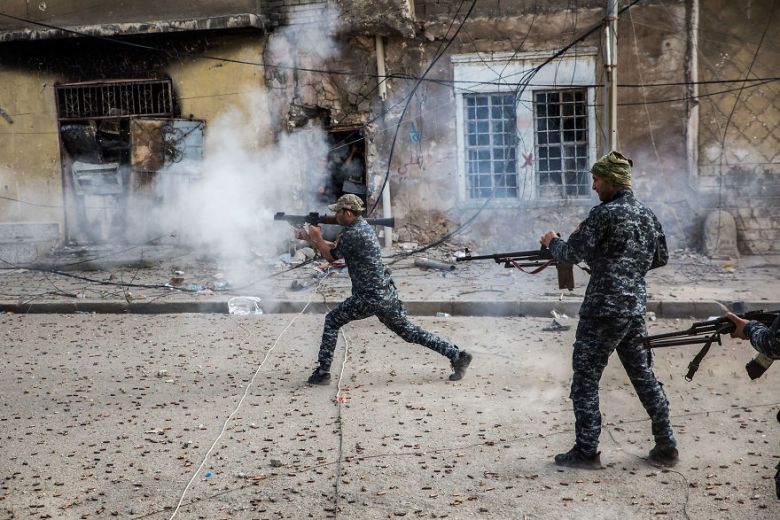 As the Battle of Mosul rages on, so does the race between photographers trying to sell snapshots of the conflict to media outlets. Kainoa Little couldn’t find a buyer for his photos, but he decided to share them online anyway – and they tell a harrowing story of struggle and survival. The Shoreline, Washington-based photographer specializes in war zones, and was in Mosul in April 2017 to document Iraqi Federal Police efforts to liberate the city from ISIL militants. Heavy clashes were underway in the Old City, and causing civilians to flee in mass numbers. Little’s photos capture a vivid range of emotions; the anguish of the refugees leaving their homes, the determination of the soldiers protecting them, and the sheer chaos plaguing all of those involved, to name just a few. Though Mosul is not yet completely free, the Iraqi forces have made significant headway in reclaiming the ancient city from ISIL. We can only hope that an end to this brutal fight is near, and that Kainoa Little has better luck on the press photography market next time around. Check out his compelling photos below.
PrevNext
Your Comment
Signup
Log in