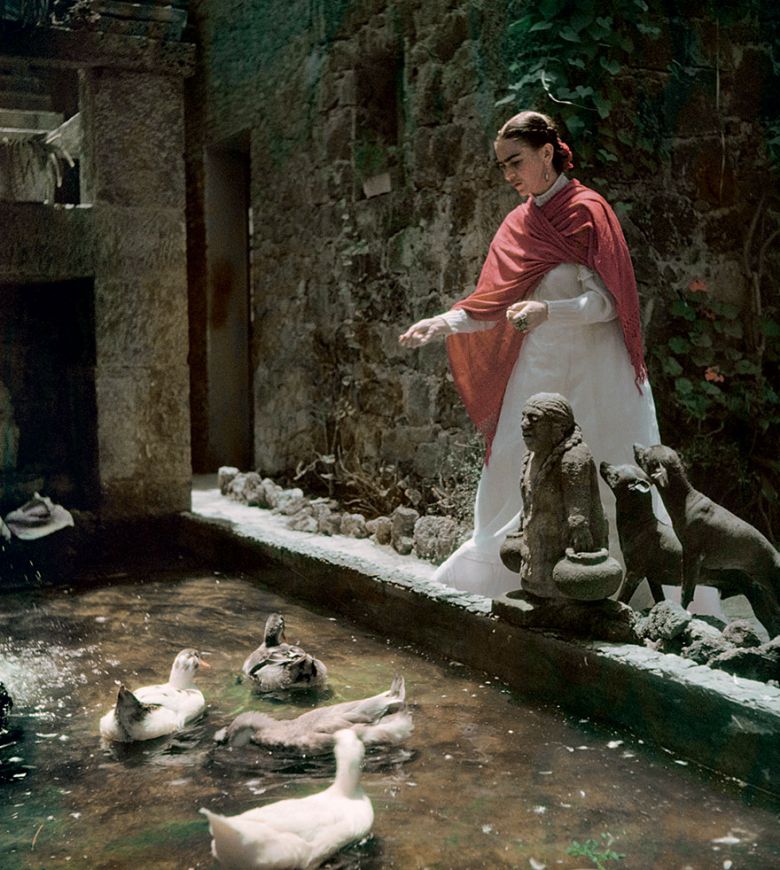 On this very day in 1907, modern art icon Frida Kahlo was born in a borough of Mexico City. Though she only lived to be 47 years old, she left behind a legacy of art that still fascinates and inspires to this day. These rare photos, taken by famed French photographer Gisèle Freund during the early 50's, document the last days of a magnificent creator and cultural icon, and serve as a fitting tribute to her memory. Freund came to live with Kahlo and her husband, Diego Rivera, in Mexico City after fleeing from political tension in Argentina. The year was 1950, and Frida Kahlo's health was in sharp decline, largely due to a series of unsuccessful spinal surgeries she had undergone. She was also mentally and emotionally unwell, and her art became dark and grim - her clothes, however, remained colourful and eccentric. Though it was a tumultuous time for Kahlo, the photos Gisèle Freund captured of her show the sombre beauty of the troubled paintress, and the dedication to her work that she kept until her very last breath. Frida Kahlo passed away at home in July of 1954, just a year after Gisèle Freund had returned to Paris. Freund's photo collection of Kahlo was published by Harry N. Abrams in 2015, and was exhibited at Throckmorton Fine Art in New York City that same year. Peer into the final years of one of the world's most tragically beautiful lives below.
PrevNext
Your Comment
Signup
Log in