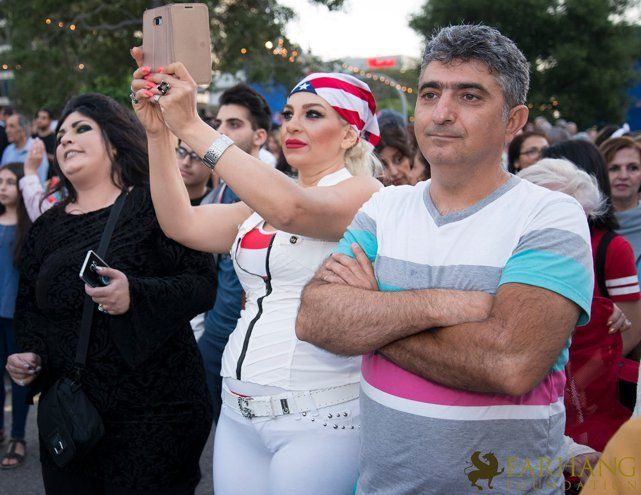 As crowds across Los Angeles celebrated Independence Day Tuesday, LA officials closed off a stretch of Santa Monica Boulevard between Avenue of the Stars and the Beverly Hills border in order to debut a new public art installation called the Freedom Sculpture. Designed by artist Cecil Balmond, the sculpture was inspired by the Cyrus Cylinder, an archaeological artifact from ancient Persia. According to the foundation, it’s meant to celebrate the “ideals of freedom, respect for diversity, and inclusiveness.” Located on a median in the middle of Santa Monica Boulevard, it’s also meant to be enjoyed by drivers. Balmond tells the LA Times that some of the best views of the sculpture will come when approaching it “at 30 to 40 miles an hour.” The wavy lines of the sculpture imitate the Akkadian cuneiform script found on the historic cylinder and are illuminated at night by interior LED lights. “When you move past,” Balmond says, “it’s alive.”
PrevNext
Your Comment
Signup
Log in