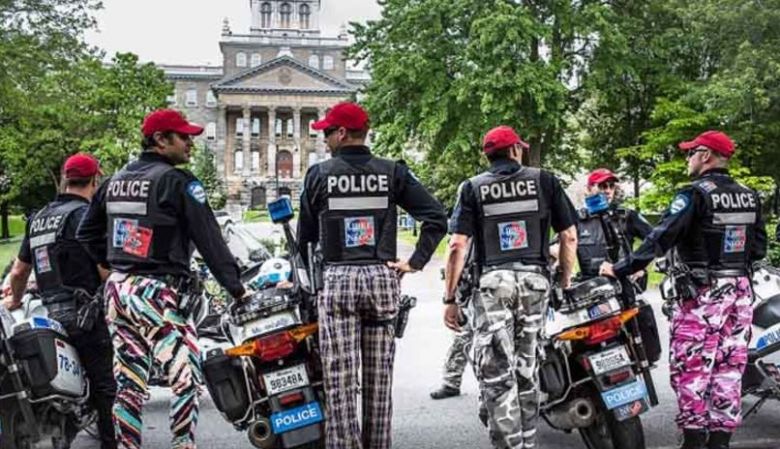 Provincial legislation would force Montreal police and court officers protesting municipal pension reforms to ditch their coloured trousers and force them back into regulation uniforms.Montreal’s police officers are being forced back into uniform after a years-long protest that has seen them opt for wearing brightly coloured army pants, blue jeans and even baseball knee breaches.Those who break the law could face a fine of between $500 and $3,000 for each day that they are in violation of the uniform rules. The penalties would be doubled for subsequent infractions.
PrevNext
Your Comment
Signup
Log in